Ever reached such a high level of focus and performance that everything you do feels nearly effortless? This is Flow.
Our goal is to provide you with tools that let you experience flow when investing in financial markets.

Swiss excellence in our DNA

More than ever, Switzerland embodies the values ​​sought after in finance. With all operations based in Switzerland, deposits guaranteed up to 100'000 CHF and regulated by FINMA, FlowBank has the Swiss touch to serve Swiss and international clients. 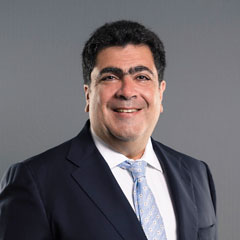 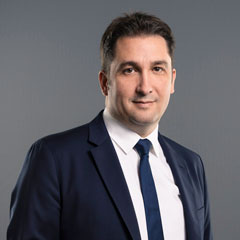 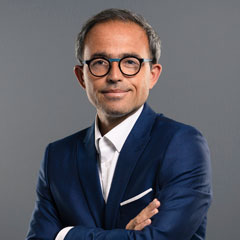 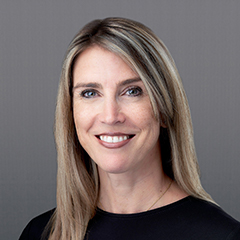 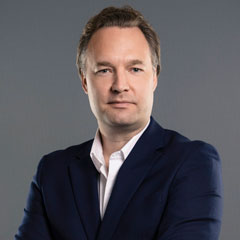 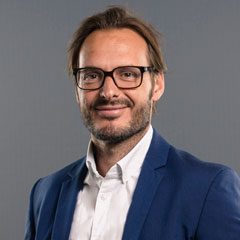 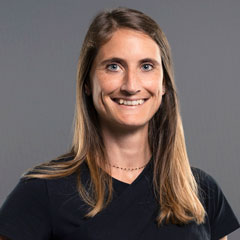 Charles-Henri Sabet is the Founder and Chief Executive Officer of FlowBank. FlowBank is his vision for a new investment experience open to everyone.

In 1999, he founded Synthesis Bank where he was chairman until 2008 when the institution merged with Saxo Bank. Synthesis Bank is considered a pioneer among the new series of online banks on the Swiss market.

As a member of the Executive Committee, Mathieu leads the operational management of FlowBank.

Since 2010, Mathieu held several positions at Swissquote, the latest being Vice Director of Banking Applications and Settlement. Before that, Mathieu was System Engineer at Bordier & Cie from 2006 to 2009.

He started his career in 1999 at Steria Informatic SA (now BottomLine), a Geneva-based IT-service provider, where he oversaw the development of GTExchange products. Mathieu holds a University Diploma in telecommunications and network engineering.

Charles-Henry Monchau holds the positions of Chief Commercial Officer and Chief Investment Officer, where he brings 25 years of international experience in multi-asset investing. He is our man to lead the vision of FlowBank and to develop our further strategy.

Charles-Henry has an Executive MBA from Instituto de Empresa (Madrid & Shanghai), an MSc in Finance from HEC Geneva and graduated from MIT Sloan (Blockchain Technologies), London School of Economics (Real Estate) and Oxford Said (Venture Capital). He is also a CFA, CMT, CAIA and CIIA charterholder.

Valérie manages the markets desk at FlowBank, overseeing trading and market activities as well as risk and business profitability. Valérie brings a deep understanding of the international finance sector.

She began her career in 1994 with United Overseas Bank in Geneva, later moving to Credit Commercial of France. She spent some time in New York for training with Salomon Smith Barney, now Citigroup. In 1999, she joined HSBC for 7 years Heading US Equity and ETD trading (listed options futures).

Before joining FlowBank, she was responsible for different units at SYZ Bank, one being deputy Head of Trading. Valérie has gained great experience in asset management as the Head Trader for the Oyster Fund. Her other achievements include managing migrations for SYZ Group. She is been shortlisted for the "Multi asset desk of the year” at the Leader in Trading 2018.

Matthias is responsible for all aspects of Private Sales at FlowBank. He has strong financial engineering know-how with a particular interest in conviction-driven asset management, alternative trading models and coaching.

Matthias started his career within the financial services sector at ThomsonReuters before taking on a Sales related role at a Swiss online broker. More recently, Matthias focused on offshore business model set ups in the Caribbean, Cyprus and London and the training/coaching of Sales personal within the financial retail sector.

After completing his dual Master's degree in economics and finance at the University of Manchester and the University of St. Gallen, Matthias undertook PhD studies within the fields of contractual negotiations.

It's the people who are the heart of FlowBank. As Head of Human Ressources, Mélanie knows this very well. She joined FlowBank in 2019 after overseeing the HR for the Swiss headquarters of ADB Holdings. Before that, she held various HR positions in Geneva/Vaud for Interman SA, Randstad and Hotelis SA. She is a professional in all matters related to the people of FlowBank and always has an ear for the needs of our employees.

Philippe oversees the execution of sales strategies for the institutional clients of FlowBank. His knowledge is particularly strong in the area of product solutions and e-trading tools.

He joined FlowBank from Saxo Bank Switzerland, where he worked for 6 years as Associate Director. His primary tasks were servicing Institutional counterparts and actively participating at the growth of e-trading services within the Swiss and Euro zone. Previously, he worked for Delman SA as the Head of Institutional Markets (in Cyprus, England and Switzerland), where he distributed Funds of Funds and in-house investment solutions to HNWIs and financial institutions. Before that, Philippe worked for Swissquote in Geneva in Institutional FX Sales.

In her role as the Head of Marketing, Lucile supports the marketing vision of FlowBank.

Previously, Lucile worked for the HR Tech company beqom and the Fintech company eWise. She also worked at Consors Bank, a subsidiary of BNP Paribas in France and Germany as the Head of Marketing Trader.

Lucile brings more than 10 years of experience in banking, technology and digital finance. She holds a Master degree in Banking & Finance.

Thomas Steinmann, President of the board of directors of FlowBank, holds a degree in law and a degree in political science from the University of Lausanne (1983). He obtained his lawyer's license in 1990 and became a Doctor of Law in 1991.

Since 1995, Mr. Steinmann is an Extraordinary Professor teaching International Contracts at the “École des Hautes Études Commerciales” of the University of Lausanne.

Since 1998, Mr. Perréard is Chairman of the Board of Directors and Chief Executive Officer of Perreard Partners investment, Geneva.

Pierre Zach, member of the board of directors at FlowBank, holds a license in commercial and industrial sciences from the University of Geneva and a diploma as chartered accountant.

He started his career in 1977 with Peat Marwick Mitchell, Geneva, first as Assistant, then Senior and finally Manager with the Audit department. In 1984, he became Deputy Director responsible for the Geneva branch of the Société de Révision Bancaire SRB. In 1987, he joined the Bank of Paris and the Netherlands (Parisbas) as internal auditor responsible for the IT audit. In 1989, he joined KPMG, Geneva, as a partner, active in the field of auditing and advisory activities in the banking and financial sector. In 2015, having reached retirement age, he retired from the KPMG Partnership and continued his part time activity as Director. He completely withdrew from KPMG in 2017. Currently, Mr. Zach is a member of the board of directors of Banque Dukascopy, Geneva.