143 days ago • Posted by Martin Boujol

Antitrust scrutiny is getting more expensive for tech giants

Since 2020, Facebook has become the biggest corporate lobbying spender in the United States, followed by Amazon and Comcast. In recent years, the call for the regulation of big tech has gotten louder. Many think that they have become too powerful and need to be carefully scrutinized to identify possible abuses. In 2020, Google, Amazon, Facebook and Apple spent a combined total of $51.7 million in D.C. lobbying over the past 12 months, 29% more than in 2015 and 500% more than in 2010. 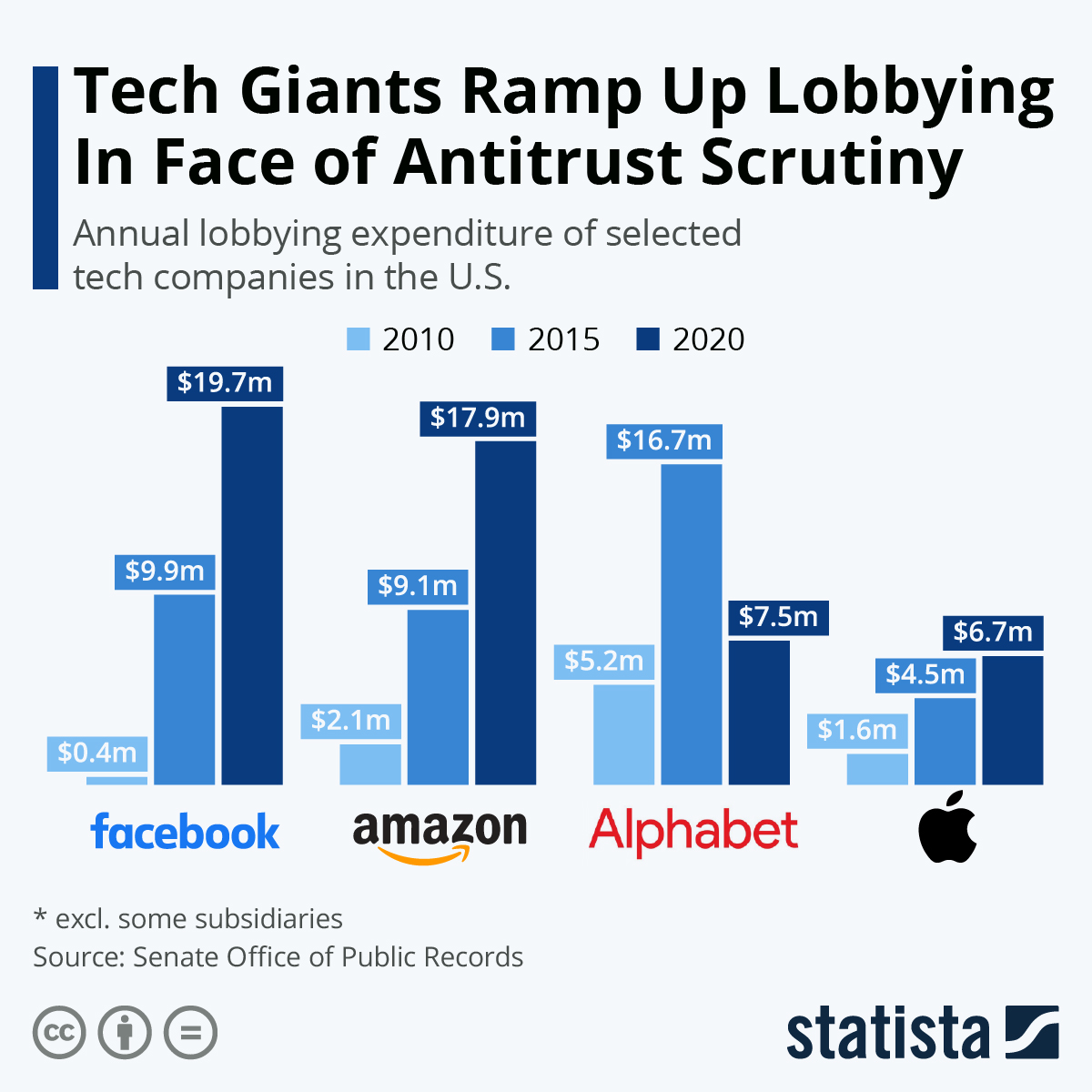