The recovering Australian economy, falling unemployment, and improved consumer and business sentiment will largely offset the risks to banks posed by the fiscal support and loan repayment moratoriums coming to an end. Westpac unveiled an ambitious cost-cutting plan that aims to have a cost base of A$8 billion by 2024, down from A$12.7 billion in the last fiscal year ended September 2020. ANZ previously announced that it aims to run the bank for less than A$8 billion by 2022, though it said in October 2020 that it may miss that cost reduction target. Other banks: Commonwealth, National Australia Bank. 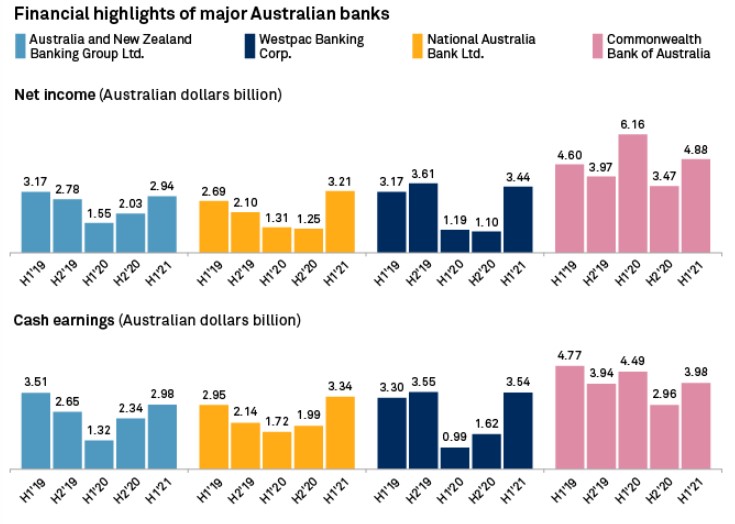