Avianca's stock plummets as the airline prepares to emerge from bankruptcy

Avianca Holdings SA's stock has dropped 45% in the last week as the Colombian airline contemplates a bankruptcy exit strategy that will almost certainly render the equity worthless. According to data collated by Bloomberg, the airline, which was forced into Chapter 11 last year due to the pandemic and travel bans, plunged 6% in Bogota trading Monday, extending losses for the fifth day. On Monday, shares were trading at roughly 119 pesos (about 3 cents). According to a regulatory filing, a US judge will review the airline's Chapter 11 departure strategy, which includes the possibility of transforming some of its bankruptcy loans into stock in a reformed holding company. @Bloomberg 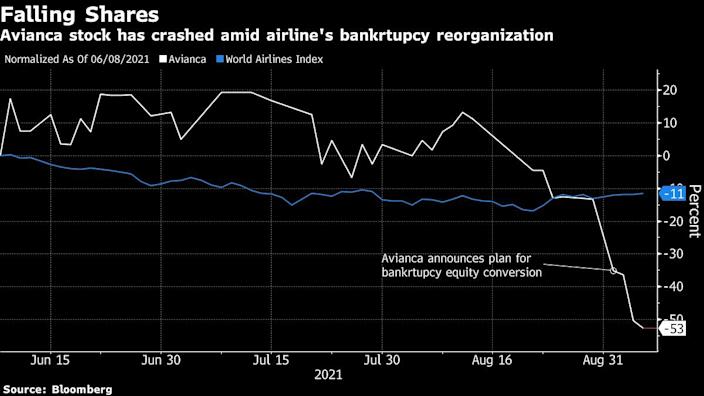