Bitcoin saw lower levels over the weekend, briefly dipping to $15,800 before rising on Monday to see highs of $16,400 by the end of the day. At the time of our writing, it is flirting with the $17,000 level. In a tweet on Monday, Mike McGlone, senior commodity strategist at Bloomberg Intelligence, delivered a fresh bullish forecast for the largest cryptocurrency: “$20,000 Bitcoin is primary hurdle toward $1 Trillion Market Cap — The digital version of gold but with more-limited supply and a history of adding zeros, appears to be in an early price-discovery stage and may simply continue its ascent in 2021,” McGlone wrote. An accompanying chart described a $1 trillion market capitalization as the “next big resistance” for Bitcoin (see below). McGlone is known for his increasingly positive Bitcoin outlooks. As Cointelegraph reported, he argued in September that Bitcoin should, in fact, trade at $15,000 based on active addresses, something which soon became reality - source: Bloomberg, www.zerohedge.com 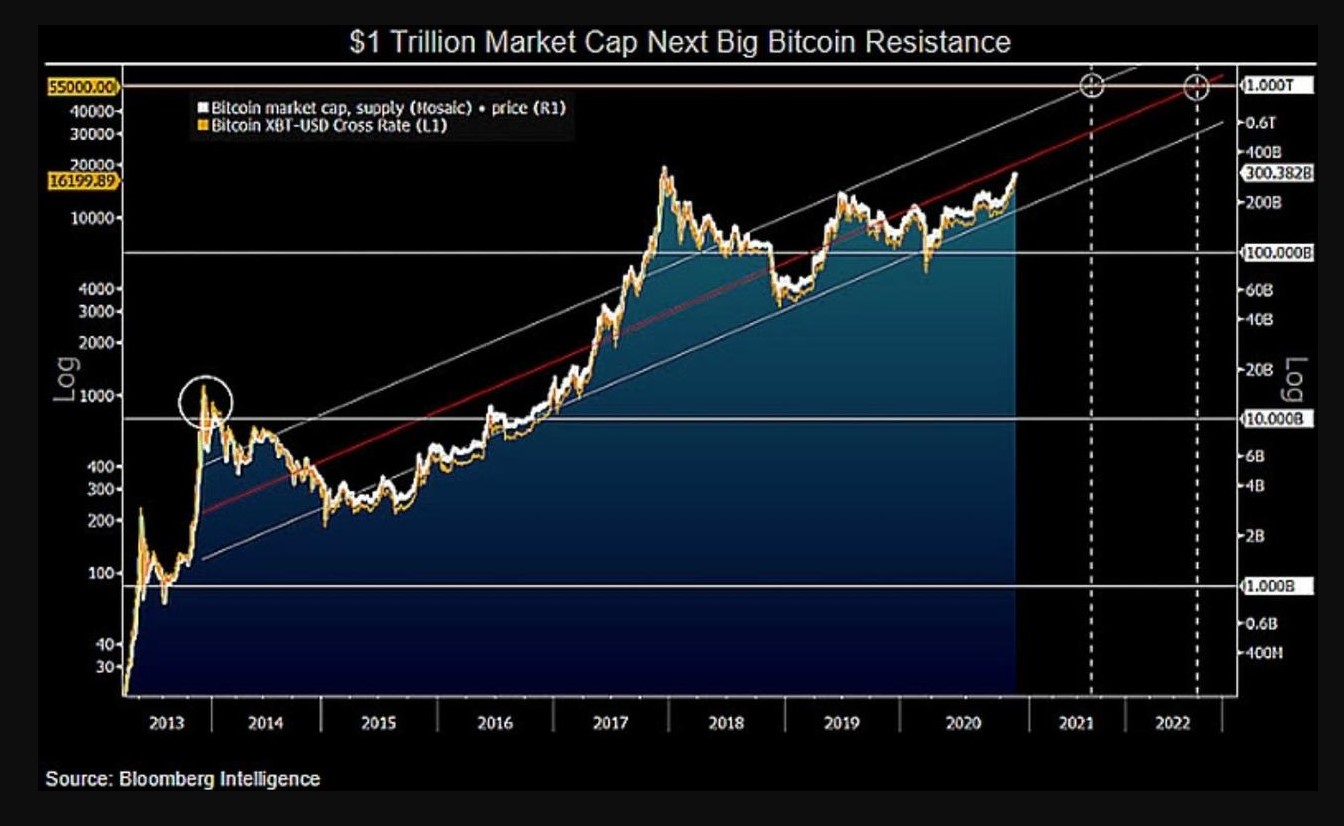