112 days ago • Posted by Martin Boujol

Bitcoin vs. Tesla: who will double or halve over the next 12 months?

According to a survey, around 20% of people do not have a clear opinion on the matter. However, 56% of people were bearish on Bitcoin, thinking it would halve, and only 25% thought it would double. On Tesla's side, 62% expected a reversion, while 18% are convinced of more spectacular growth to come. 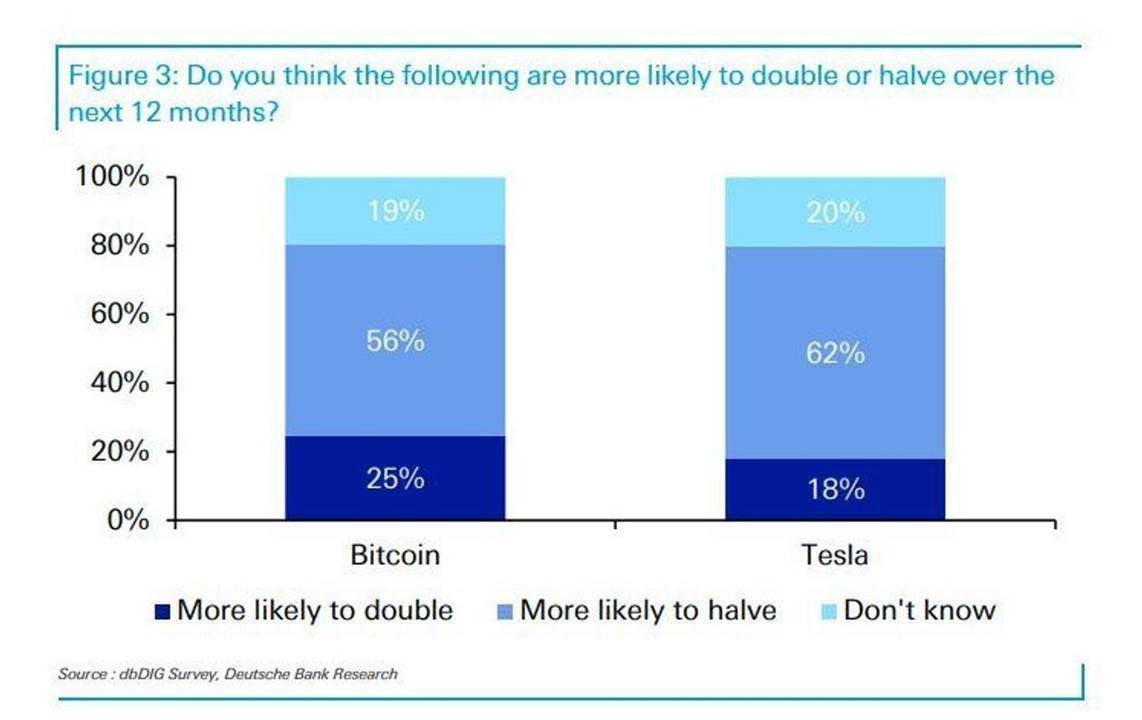