Bitcoin Whales’ ownership concentration is rising during the rally. About 2% of accounts control 95% of all Bitcoin.

A lot of theories have emerged on why Bitcoin has skyrocketed almost 60% in the past month, with most heralding widespread adoption by institutions and individuals. The fact remains that there’s nothing widespread about Bitcoin ownership. A few large holders commonly referred to as whales continue to own most Bitcoin. About 2% of the anonymous ownership accounts that can be tracked on the cryptocurrency’s blockchain control 95% of the digital asset, according to researcher Flipside Crypto - source: Bloomberg 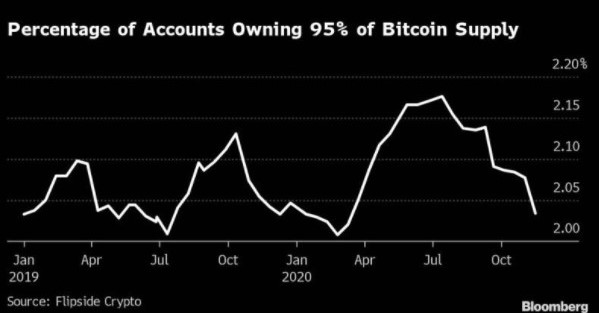