Apple received a rare analyst downgrade on Wednesday morning from Bank of America, as the market capitalization of the equity approaches an all-time high $2 trillion. BofA analyst Wamsi Mohan downgraded Apple's stock to "neutral" from "buy", citing rapid multiple expansion that has pushed valuations to rich levels. Besides the downgrade, the analyst increased his price target from $420 to $470. Mohan said Apple shares are trading at the highest premium to the S&P500 in a decade, and now represents 6.5% of the market cap of the entire S&P500. He outlined several risks that remain ahead, including a lower impact from share buybacks, higher tax rate if Democrats win the U.S. elections in November, gross margin pressures for 5G iPhones, and tougher comparables in 2021 for high-margin App store growth (source: BofA, www.zerohedge.com) 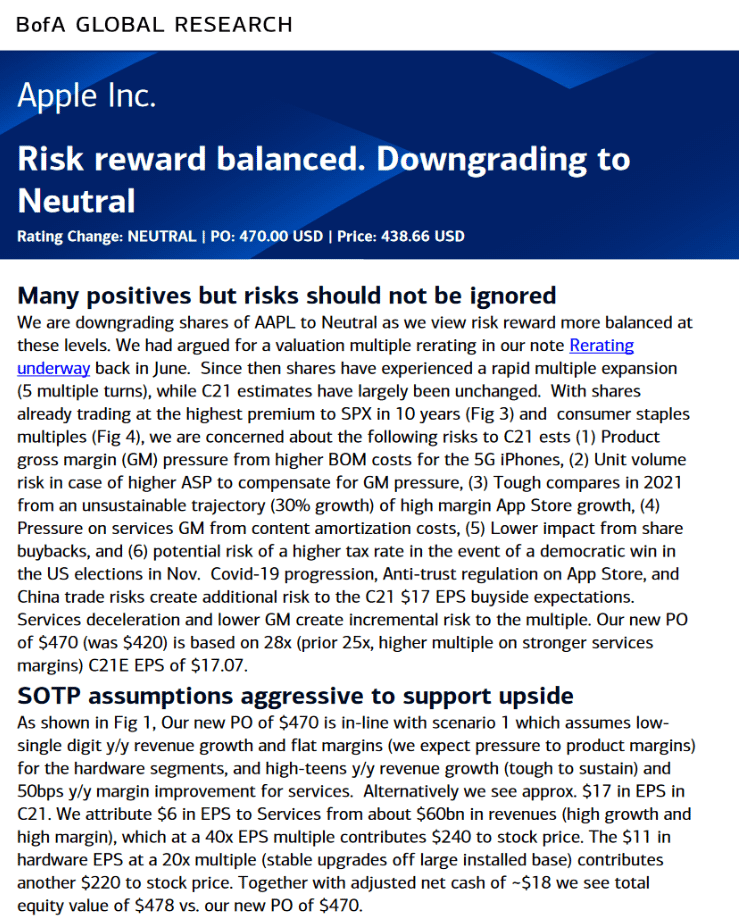