86 days ago • Posted by Martin Boujol

Chess is regaining popularity... thanks to streaming

A little more than a month ago, Netflix release the Queen's Gambit, a short TV series about a young talented chess player. It quickly reached top charts as over 60 million people watched it. Not only this, but global searches for "chess" have doubled and the #1 chess website Chess.com reported an all-time record of sign-ups. According to the founder of the website, the world of chess had not seen such popularity since 1972, in the days of the Fischer-Spassky duel. What else could we stream to move the tides? That's the power of good stories. 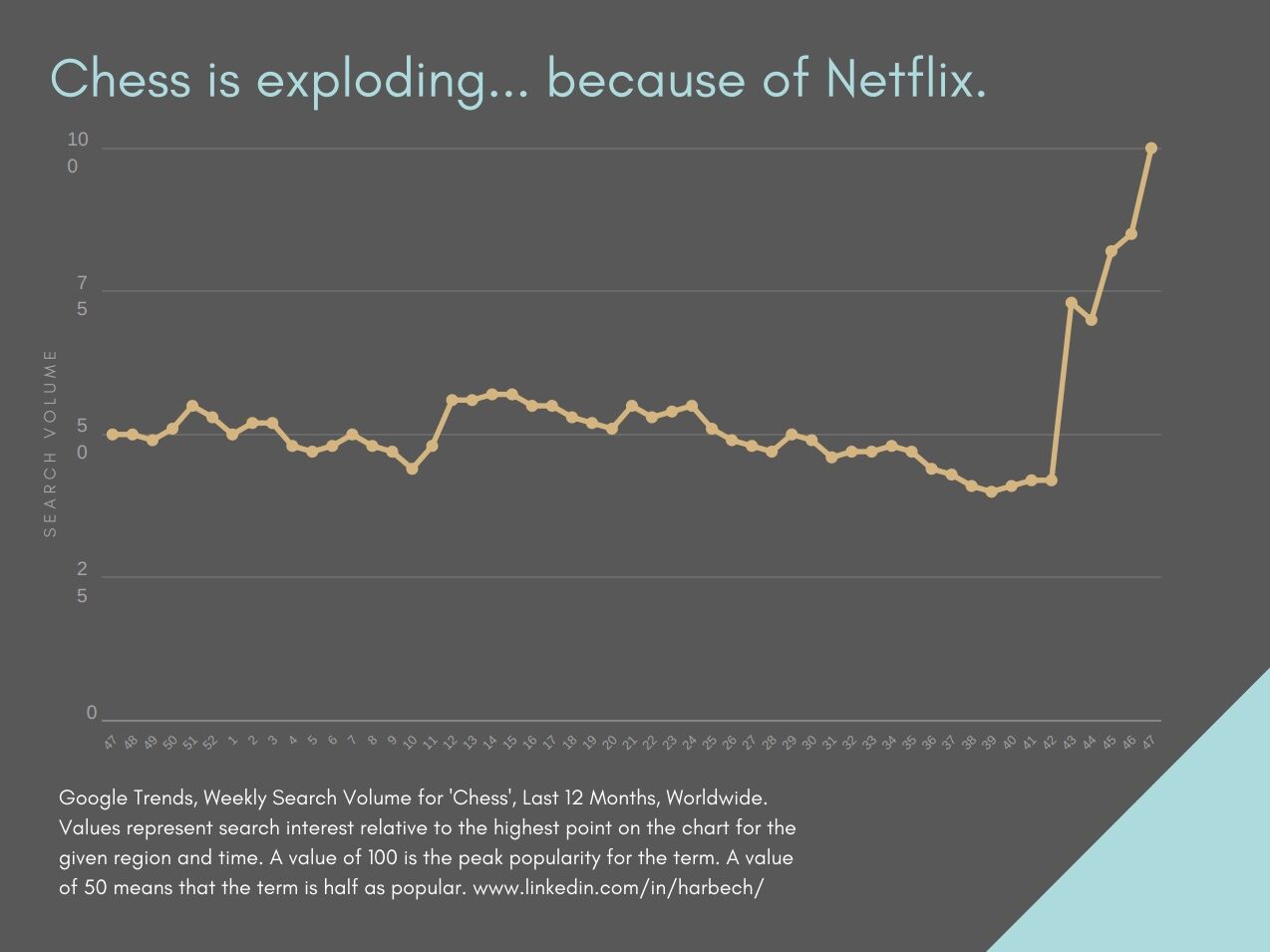