Companies in China announced divestment plans of their overseas assets worth $10.5 billion so far this year, the second-highest total since at least 1998. Unlike once-acquisitive conglomerates such as China Evergrande Group and HNA Group Co., which are now busy shedding assets to reduce debt, the current crop of Chinese sellers mostly aren’t in financial distress. Instead, they are disposing of holdings -- particularly those with strong cash flows -- whose valuations have surged as investors sift through the wreckage left behind by the pandemic, searching for profitable assets amid low interest rates. @Bloomberg 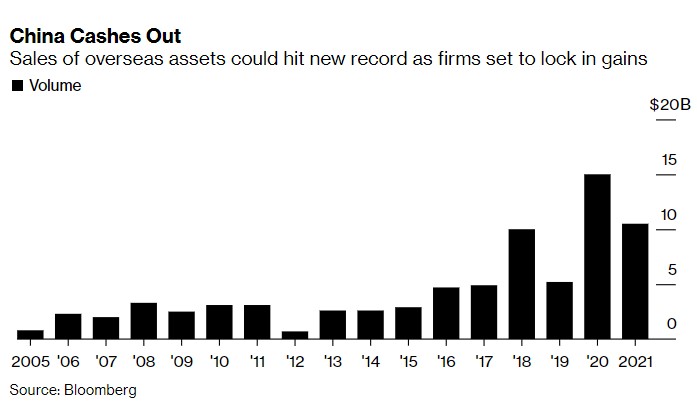