10 days ago • Posted by William Ramstein

The value of China’s iron ore imports hit new heights in August even as policymakers try to cut steel production and calm commodity prices, likely boosting Australia’s exports despite the tensions between the two nations. China imported iron ore worth a record $20 billion in August, according to government data released Tuesday, as prices surged from a year earlier. Total volumes were 97.5 million tons. It was also a record month for the value of China’s overall imports from Australia, with much of that likely coming from shipments of the red dirt. The detailed breakdown will be released later this month, but Australian miners typically supply more than 60% of China’s demand. @Bloomberg 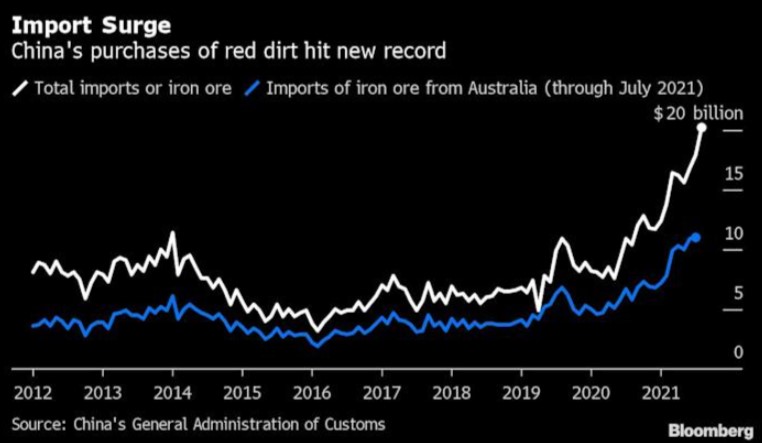