105 days ago • Posted by William Ramstein

Chinese household debt is increasing as demand for loans rises

Concerns about surging consumer debt have unnerved authorities seeking to sustain China's economic rise. Over the past decade, the speed with which Chinese households accumulated leverage surpassed all other major economies, according to the International Monetary Fund. Levels of debt still remain lower than most but the trend could continue putting pressure on Chinese capital markets. Source: Bloomberg 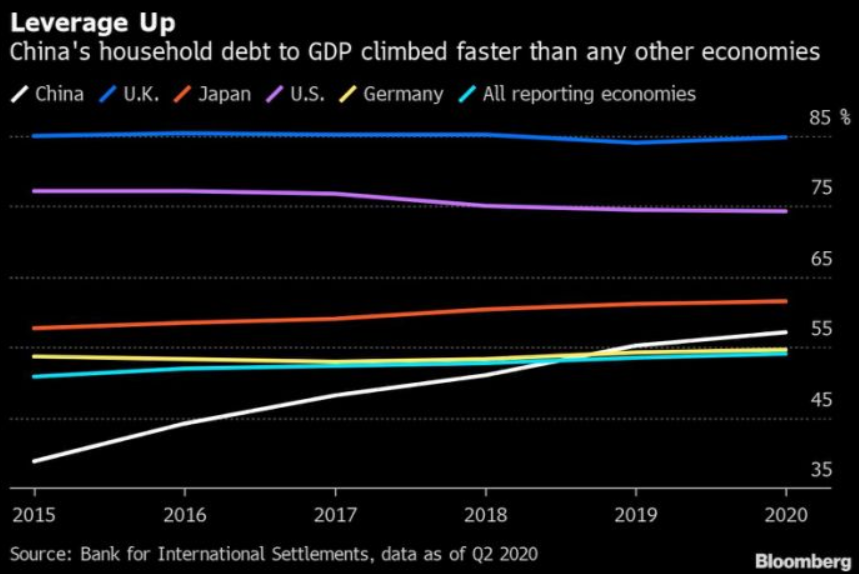