14 days ago • Posted by William Ramstein

Coal not ready to quit as futures see surge

Coal sees a spike in demand just as several major miners are hit with production issues, sparking a surge in prices from China to Europe and the US. China who burns half the coal in world refuses to accept coal from Australia amid a geopolitical spat. Aussie coal futures are still up as demand from Japan continues rise. Even with rising Chinese demand, IHS sees global consumption of seaborne thermal coal at least 55 million tons lower this year than in 2019 as major users like India battle the virus. While the market will be tight in the near term, there’s still ample capacity for later in 2021. 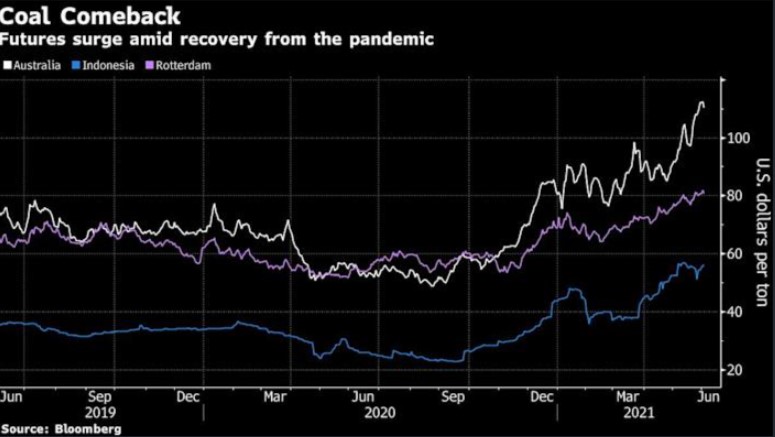