23 days ago • Posted by Jasper Lawler

"Huarong is a $22 billion curve and as a distressed situation it dwarfs anything that we have seen in the Asia credit market before."

Reports of a looming restructuring at one of China’s largest bad-debt managers are prompting bondholders to ponder scenarios that not long ago would have been inconceivable.

After China Huarong Asset Management Co. joined dozens of Hong Kong-listed firms in failing to publish its 2020 earnings by the March 31 deadline, Caixin attributed the delay to plans for a significant financial restructuring. With few other specifics to go on, investors have so far taken the news negatively, despite efforts by Huarong to rebuff the concerns. 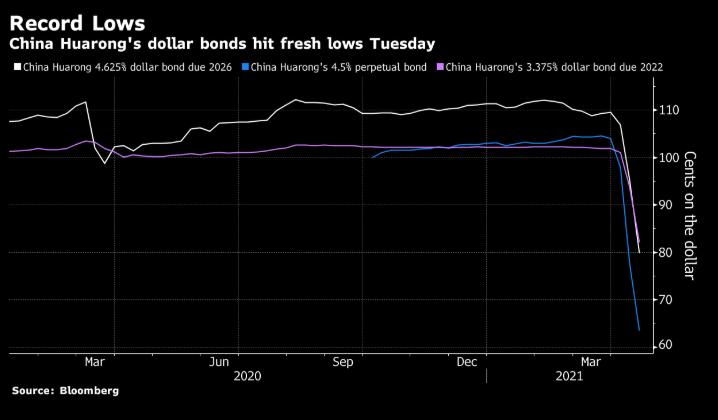