147 days ago • Posted by William Ramstein

Bullish Scenario; A sustained move over 12789.75 will indicate the presence of buyers. There is no objective at this time. Bearish Scenario; A sustained move under 12789.75 will signal the presence of sellers. This could trigger a break into 12610.00. If this low fails then look for the selling to possibly extend into 12503.25 to 12435.75. Taking out 12435.75 could trigger an acceleration to the downside with 12217.00 the next likely downside target. Closing Price Reversal Top Possibility; Taking out 12789.75 then closing lower for the session will form a potentially bearish closing price reversal top. If confirmed, this could lead to a 2 to 3 day counter-trend break. Source: FX Empire 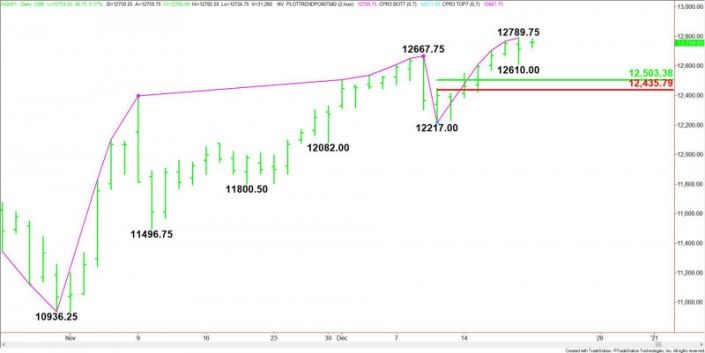