39 days ago • Posted by William Ramstein

The bulk of apps are sold via two major app stores i.e., Apple Store, and Google Play. In fact, world-wide consumer spending in app stores soared to about $110B in 2020. Apple does not make money from in-app ads, but Google does with its AdMob platform. Many apps make money through advertising sales, a business that has been increasing in size in the past years, especially as downloads for free and paid apps have grown. Players are rewarded with in game items for watching the ads. The app economy is major source of revenue, and thus worth fighting over (Epic Games vs Apple trial as testimony to this). The top three most in demand non-game apps are Netflix, Tinder and TikTok. 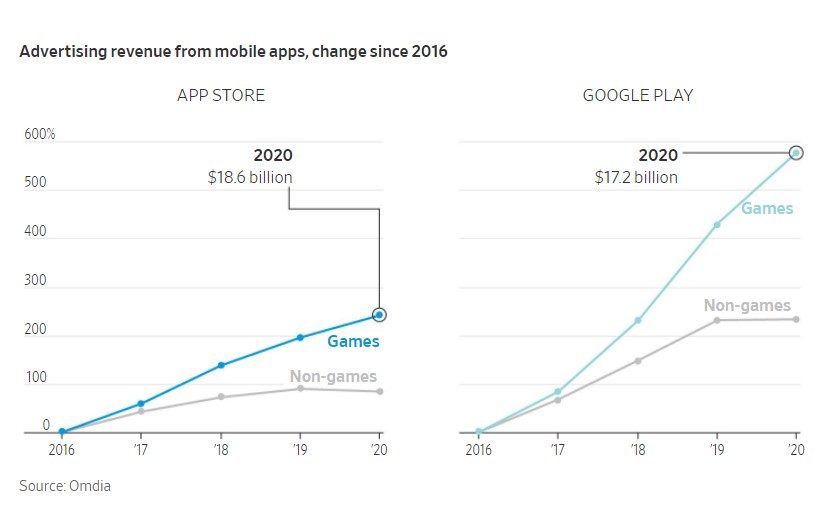