16 days ago • Posted by William Ramstein

El Salvador’s entire yield curve has now inverted, meaning bonds with near-term maturities are yielding more than debt that’s due further out. That’s generally considered a bad sign as it means investors see shorter-term debt as riskier, and most yield curves will slope upwards given the inherent uncertainty of pricing things over the longer-term. The move towards inversion appears to have begun in June, when the law to adopt Bitcoin was passed. @Bloomberg 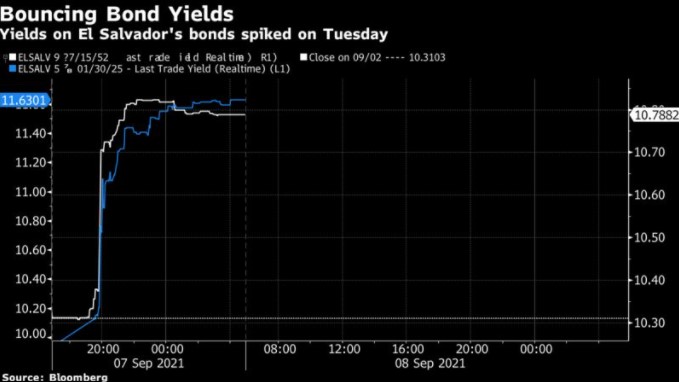