While Bitcoin has been grabbing headlines at higher and higher record highs, Ethereum has been quietly playing catch up and overnight rallied back above $1400, topping the record highs from January 2018..ETH traded at $1440 this morning, topping the $1420 previous high...In fact, as Cointelegraph reported, the Ethereum network now settles around 28% more transactions daily than Bitcoin (BTC), but remains plagued by high fees as a result of increased usage. Once again the ETH/BTC ratio appeared to find support at around 0.025x as ETH ralied back relative to BTC since 2021 began. Overall, the altcoin benefited from interest in decentralized finance (DeFi) trading built around the Ethereum network, within the context of a broader altcoin resurgence which began taking shape earlier in January. Source: www.zerohedge.com 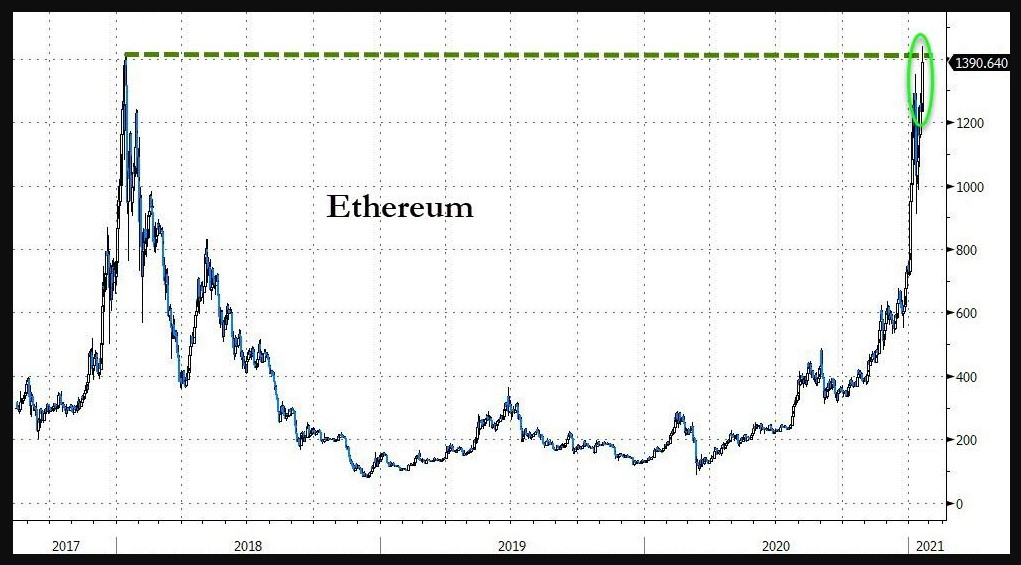