153 days ago • Posted by William Ramstein

Electric-vehicle maker Workhorse Group Inc. plunged on Tuesday, triggering multiple trading halts, after a key U.S. Postal Service contract that some had expected it to win went to rival Oshkosh Corp. instead. The missed opportunity came as a big blow for Workhorse investors, sending the shares 47% lower in New York, the steepest decline since October 2011. Workhorse didn’t immediately reply to requests for comment. Shares continued to fall in after-hours trading, losing 10%. Oshkosh, which rose 6.1% in the regular session, gained as much as 17% postmarket. Source: Bloomberg 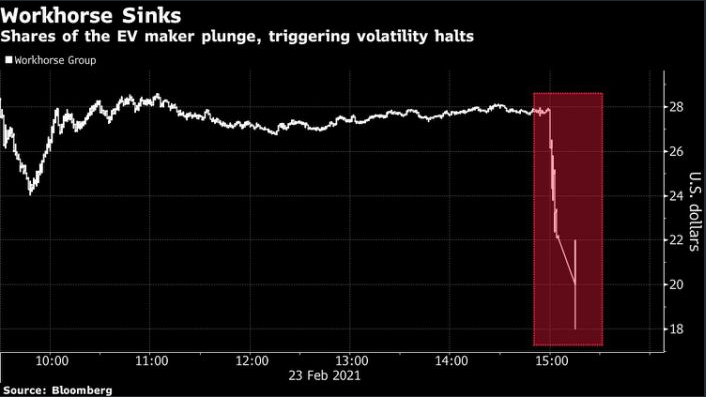