Last week, Evergrande's dollar notes hit new lows as the developer warned that it would default on its loan. According to the company's quarterly report, a gauge of the company's ability to repay short-term borrowings weakened in the first half as cash and equivalents fell to a six-year low. When downgrading onshore notes on Sept. 2, China's largest credit rating service noted that if Evergrande can't sell assets and extend borrowings easily, pressure on the company's liquidity will increase. Some non-bank creditors have sought quick loan repayments, potentially limiting bondholders' access to funds. @Bloomberg 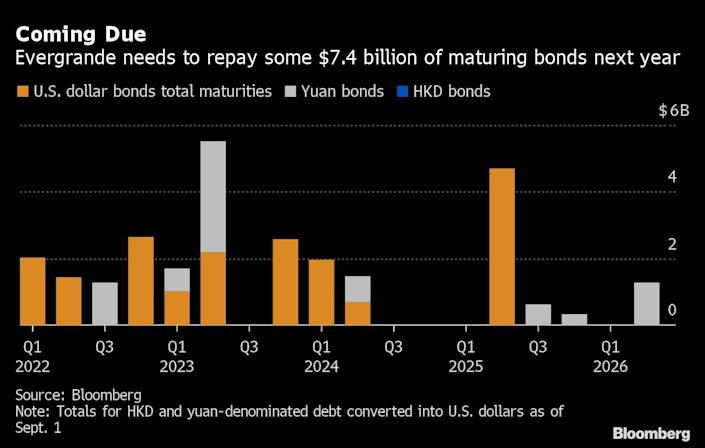