23 days ago • Posted by William Ramstein

FDI in Saudi Arabian oil recovers from 2017 but only slightly

Saudi Arabia attracted $5.5 billion in net FDI flows in 2020, equivalent to about 1% of its economic output, according to data compiled by Bloomberg, which means the EIG deal brings more than twice last year’s total. The government’s goal is 5.7% by 2030, hence the temptation to offer up prized energy assets such as parts of Saudi Aramco, the state-owned energy giant. 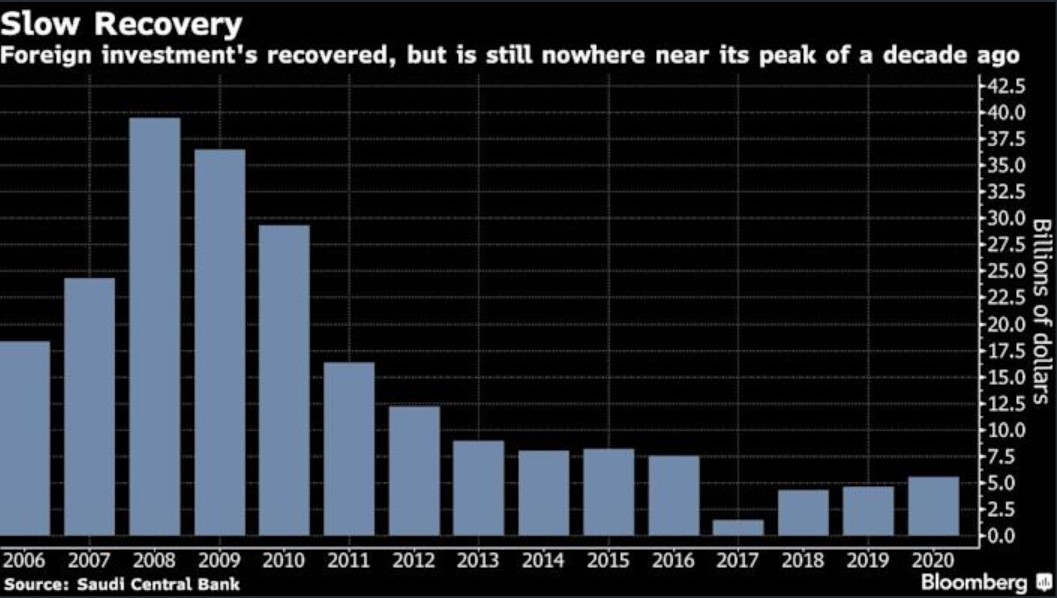