575 days ago • Posted by Martin Boujol

Food waste throughout the world

Food waste is a massive issue, we are talking billions of tons here. The world produces 931 million tons of food waste yearly, 569 million of which are from households. 244 million are attributed to the food service, and 118 million from retail. In fact, if food loss and waste were a country, it would be the third biggest source of greenhouse gas emission on the planet. China is the world's champion in terms of wasting food, closely followed by India. The United States come in third placce with over 68 million tons. But thats when looking at the total food waste. If we have a look at the kg wasted per capita, it is Australia that is in first place, with 102 kg per person, vs. 59 for the US, 64 for China and only 33 for Russia. 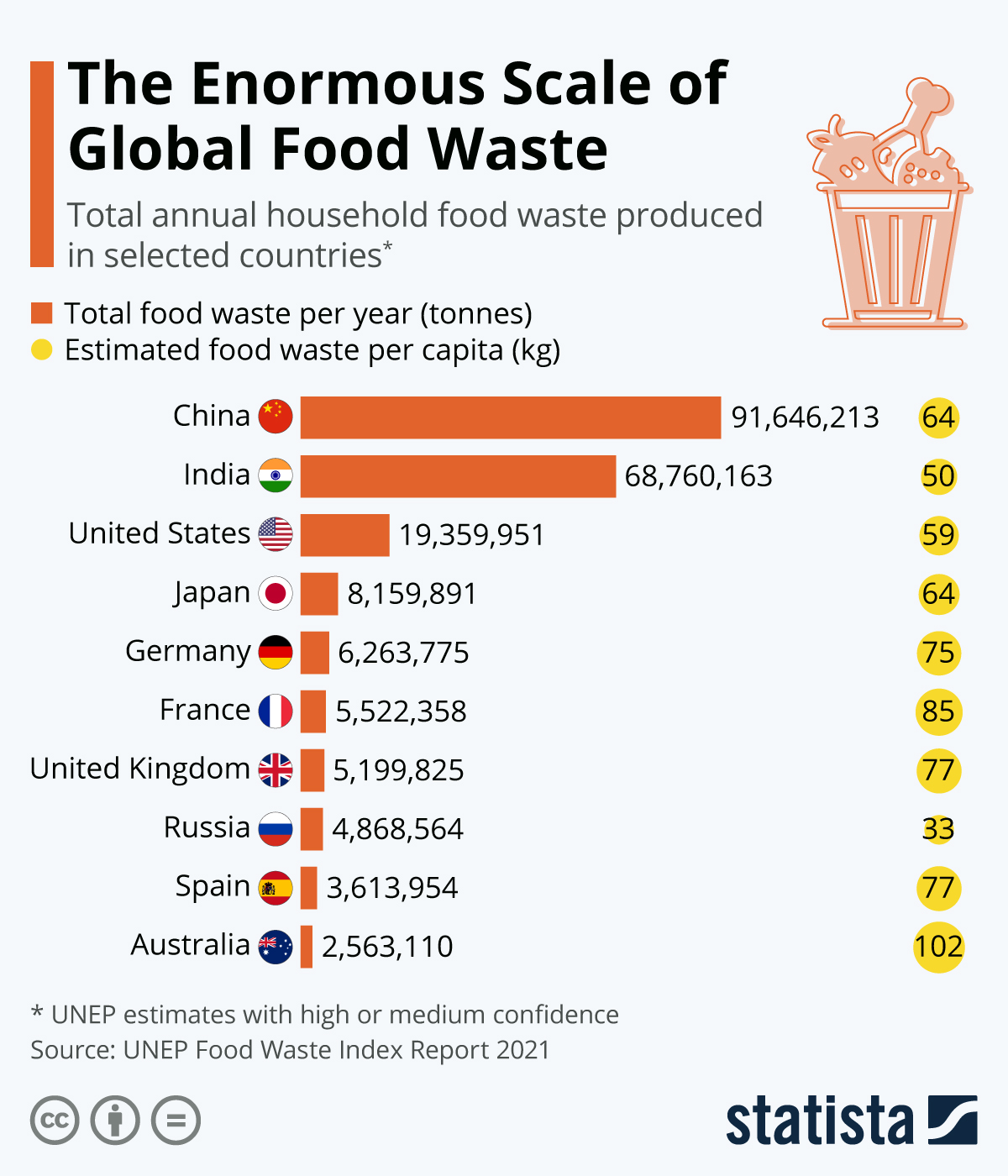