16 days ago • Posted by Jasper Lawler

Front-end yields held hostage by central banks around the world have engendered a silent shift in currency pricing: exchange movements are being increasingly influenced by changes in the intermediate and longer segments of the yield curve.

Currencies that were typically more responsive to relative changes in yields at, say, the two-year part of the curve are now responding more and more to shifts at the five- and 10-year segments, with the dollar being a case in point. 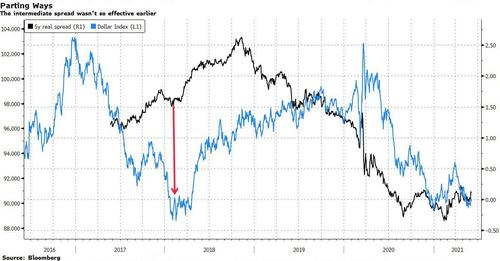