25 days ago • Posted by Martin Boujol

Global oil shipments depend on these major checkpoints

The Suez canal has been blocked for three consecutive days by the 224,000 ton Ever Given. The incident has already caused major tailbacks at both ends of the canal with over 150 ships dropping the anchor. With over 50 ships passing by the canal per day, delays are usually likely to have repercussions, such as higher shipping contracts and oil prices. The Suez canal is one of the several chokepoints for oil. The Strait of Malacca sees 15.7 million barrels pass through daily, vs. 4.6 million for the Suez Canal. Who knows which other incidents could hurt oil prices? 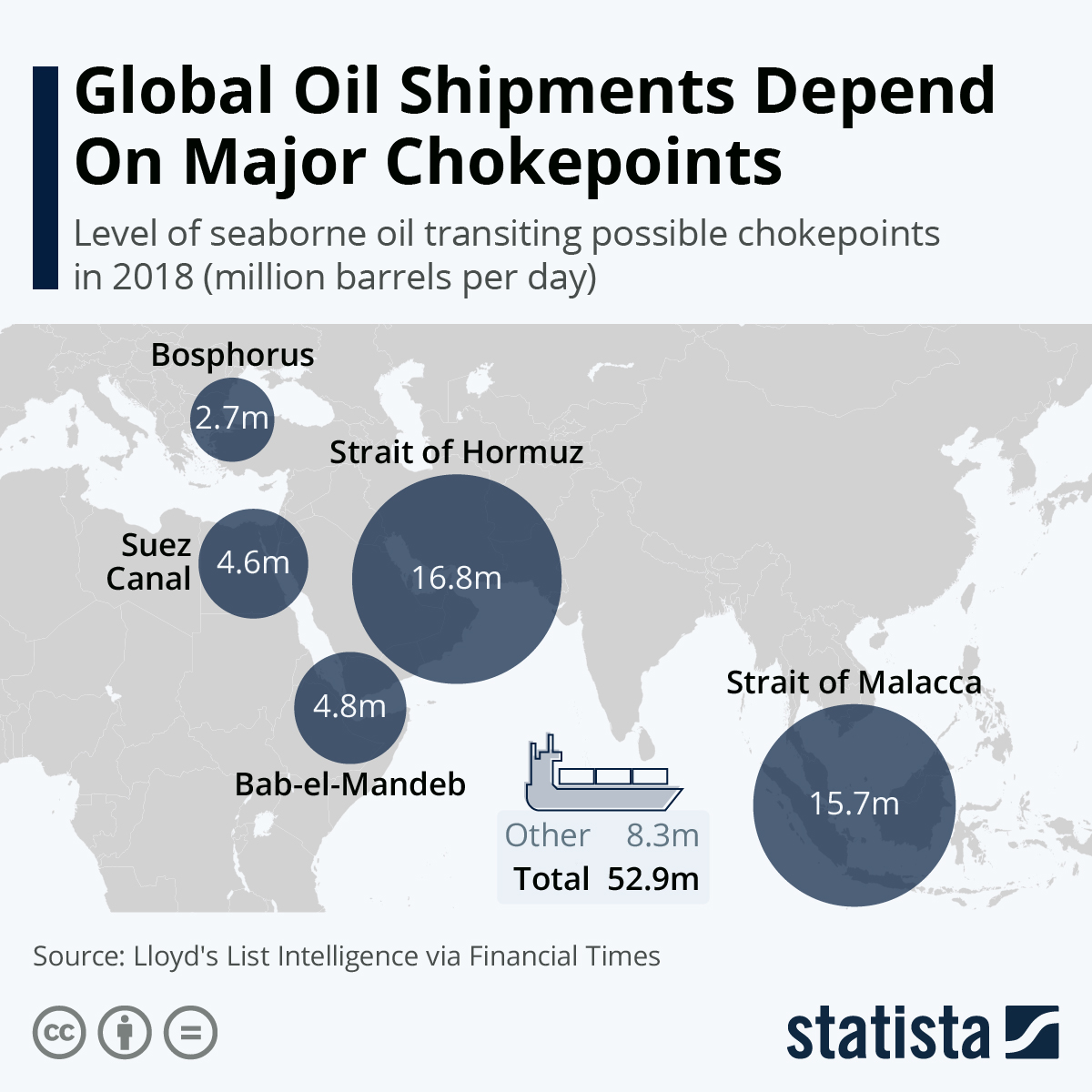