152 days ago • Posted by William Ramstein

Home Depot and Lowe’s shares trade at roughly 20 times and 18 times forward earnings, respectively, slightly lower than where they were a year ago. A broad basket of retail stocks have gotten more expensive over the same time. There are also no signs that the housing boom is winding down anytime soon. In January, existing home sales were up 23.7% from a year earlier, according to the National Association of Realtors, and the main limiting factor appears to be a lack of inventory rather than demand. That should keep registers ringing at Home Depot and Lowe’s. 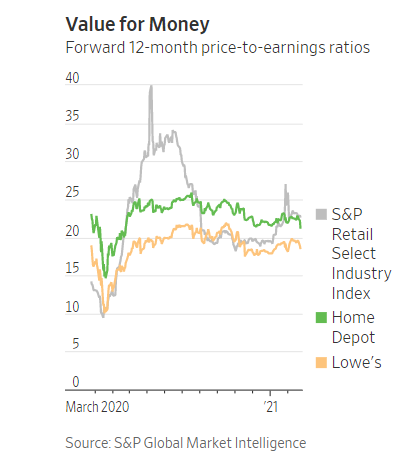