16 days ago • Posted by Martin Boujol

How much more do CEOs earn compared to their workers?

AFL-CIO, the US's largest labor union, recently released a report showing that the average CEO in the S&P 500 made $15.5 million last year, which is about 299 times the pay of the median worker. They also show that this multiple greatly varies depending on the industry. In consumer discretionary it can go as high a 741:1, whereas utilities hardly fetch 97:1. Source: Statista, AFL-CIO 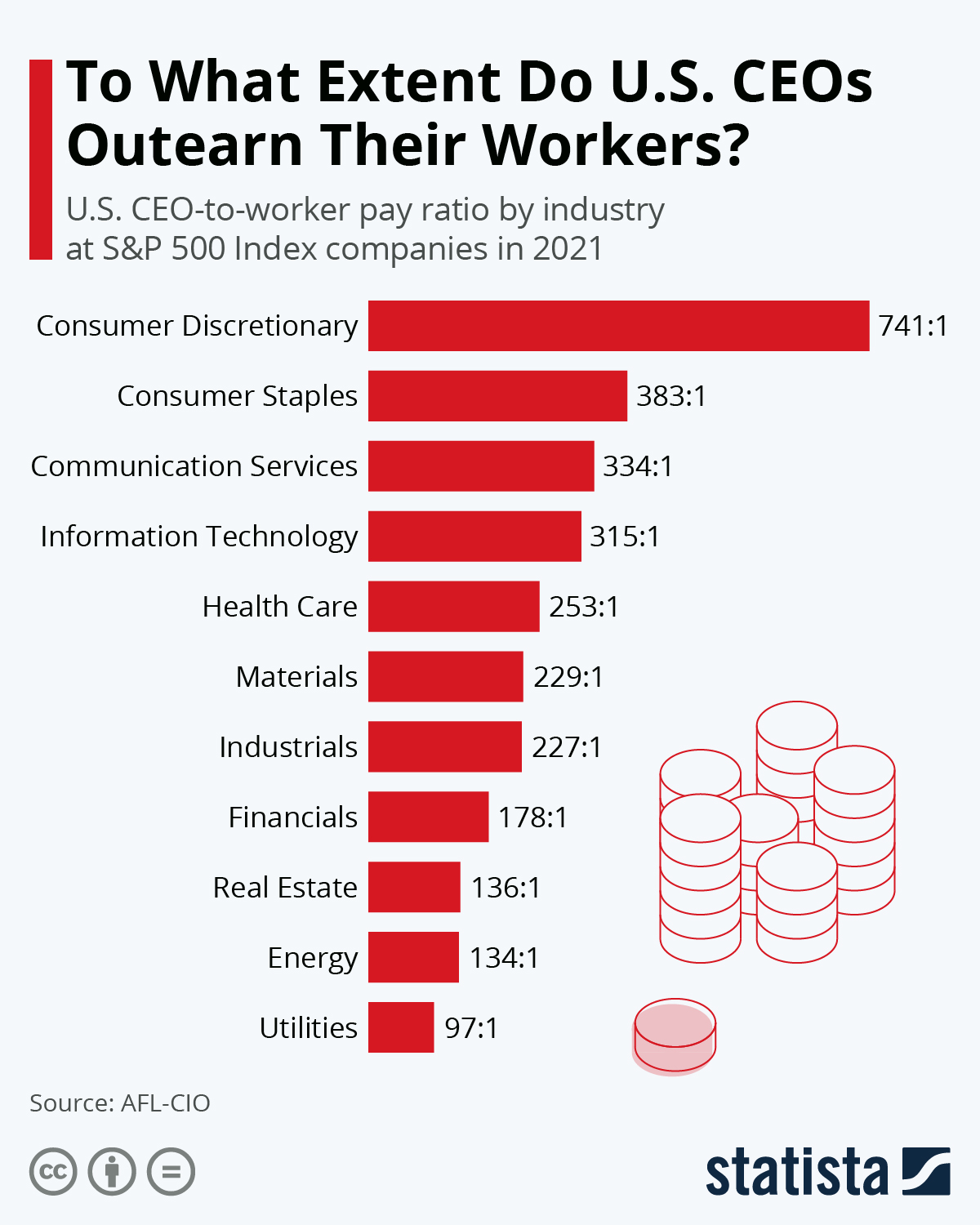