Buying MicroStrategy stock is reportedly no longer possible for HSBC customers on the bank’s online trading platform — HSBC InvestDirecct (HIDC). According to a supposed message from the bank to its customers, HSBC has directed users that already own MicroStrategy stock not to buy additional shares. Twitter user Camiam claimed to have received such a message from the banking giant on March 29 (see below).

The MSTR blacklisting appears to be part of the bank’s amended user policy prohibiting users from interacting with cryptocurrencies.”

MicroStrategy, a business intelligence and software firm, has pioneered Bitcoin (BTC) adoption among publicly listed companies in the U.S. Since first adding Bitcoin to its balance sheet back in August 2020, the Fortune 500 company now holds over 90,000 BTC, currently valued at about $5.26 billion.

MicroStrategy's Bitcoin investment initially seem to trigger a positive run for the company's stock price, reaching a 21-year high above $1,200 back in early February. MSTR has since struggled and is now almost 50% down from its 2021 peak. 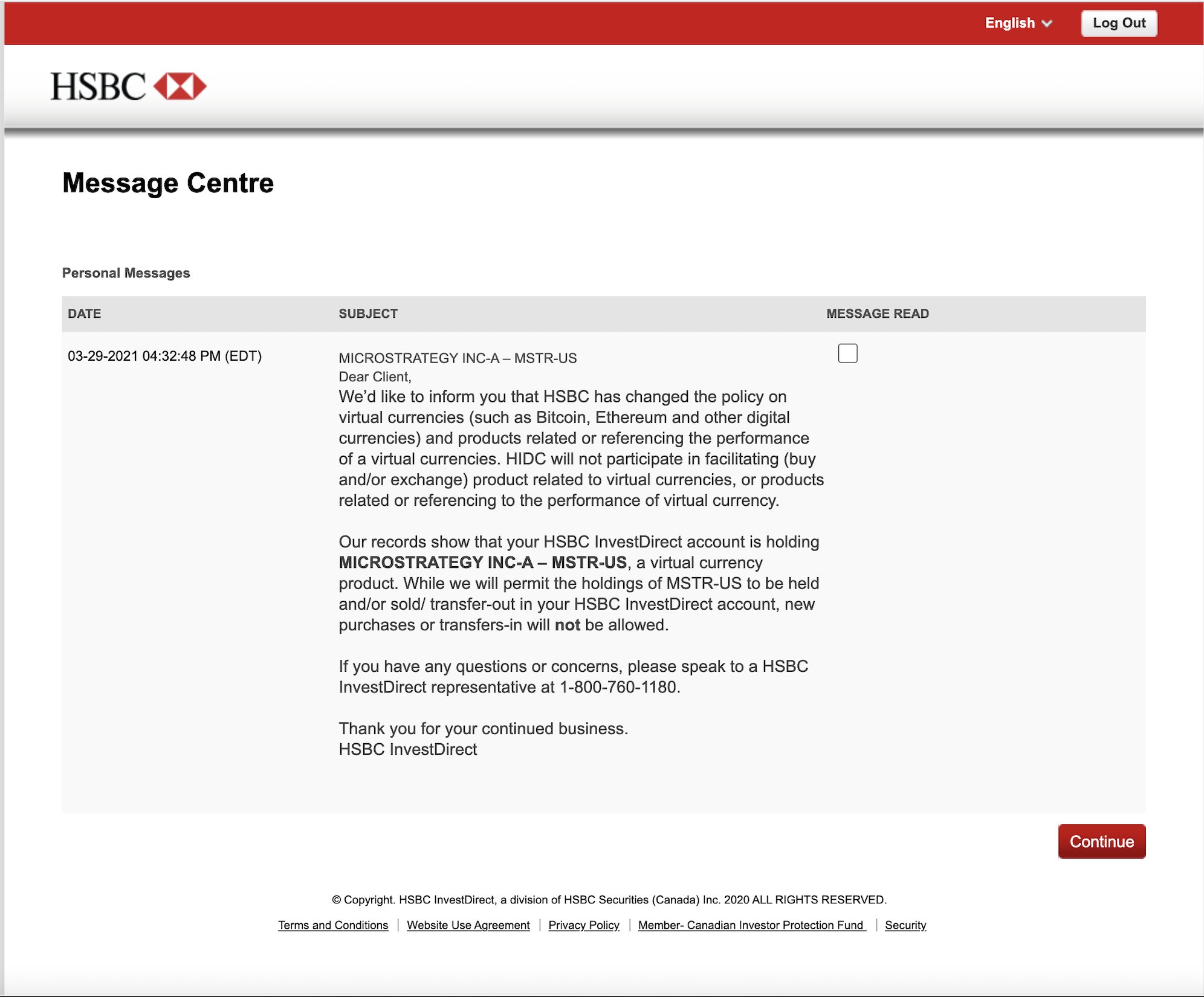