In the midst of a flood of supply, global bond markets are under pressure

In the U.S. and Europe, a selloff in rates markets is deepening due to a flood of new bond supply. The cost of borrowing in the U.S. has risen to its highest level in more than a week, ahead of the sale of $120 billion of debt on Tuesday. Before the issuance of a new green security on Wednesday, German 10-year rates soared to a seven-week high. In the United Kingdom, benchmark rates hit a new high this month after the government auctioned off four- and 50-year debt. @Bloomberg 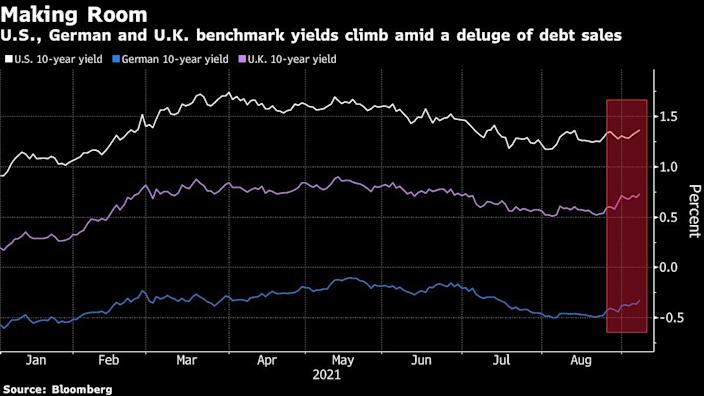