Is this chart the most bullish in the world? High-propensity business applications are surging in the U.S

No other rich-world country is experiencing the same rise in entrepreneurship than in the U.S. The Economist calls it a "once-in-a-generation surge in startups". Indeed, the U.S government regularly releases figures on new-business formation, derived from applications for tax registrations. And “high-propensity” business applications—those displaying characteristics typically associated with firm-creation and the employment of staff—recently reached their highest quarterly level on record (source: The Economist, U.S department of commerce) 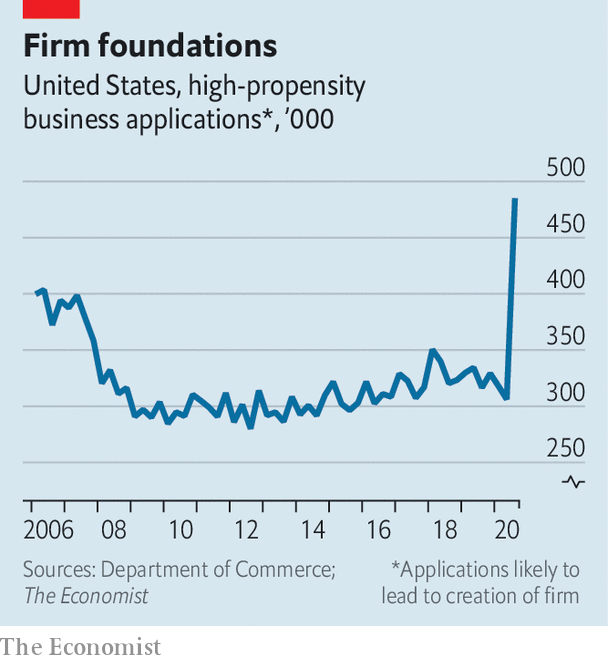