Jefferies long/short U.S pairs: they go long the next most shorted names and short the crowded longs

Jefferies published a list of the most shorted US names that they think will go up + a list of the crowded longs that are set to tumble. On the short  side, Jefferies realizes that the most-heavily shorted companies are already in play, so instead it looks at the next tier - those companies with a Short Interest of float in the 10-30% range, yet which are sufficiently small cap and illiquid to generate outsized returns one the WSB army rushes them. On the long side, Jefferies decided that the most suitable trade here is not to go naked long the most shorted names, but to pair it with a short in the uber-crowded longs which are most likely to drop - source: www.zerohedge.com 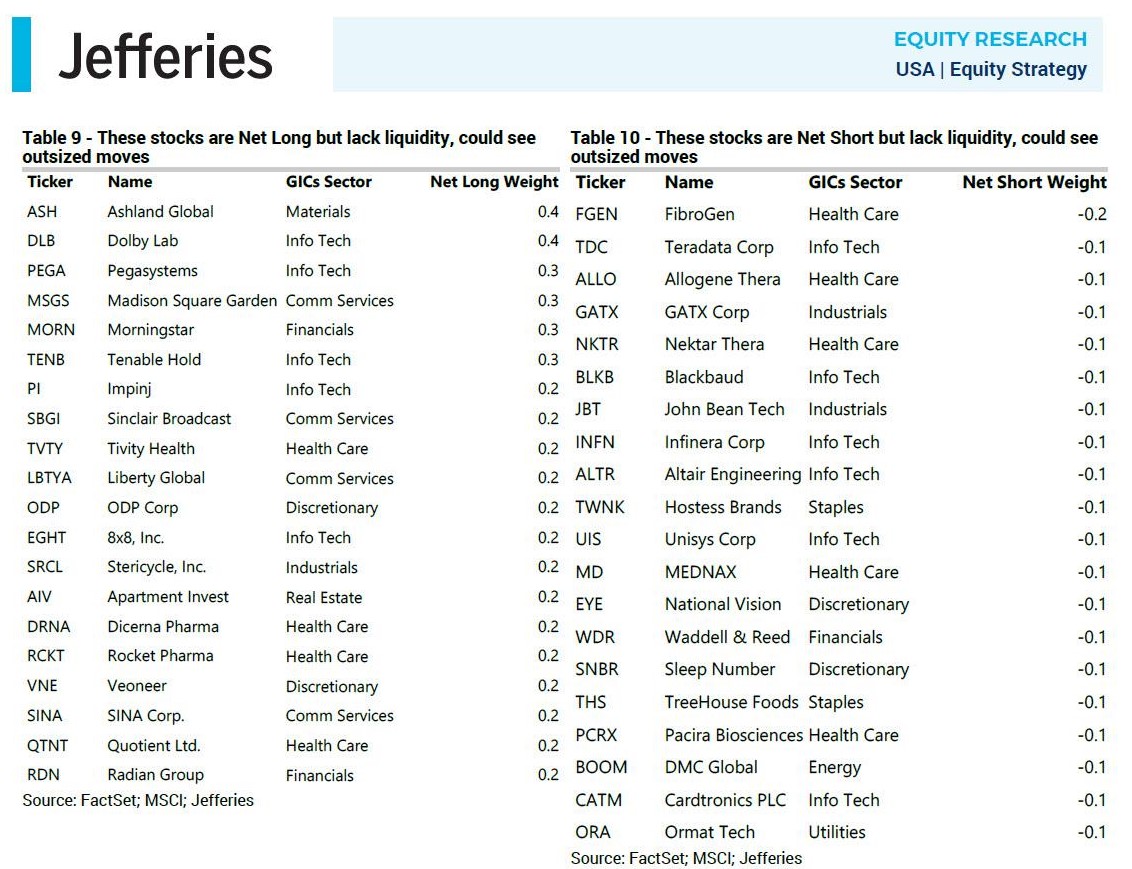