Alibaba has seen its market cap cut by two thirds

Alibaba, which has just replaced its CFO, was worth almost USD900bn in October 2020. It's now at ~USD300bn. It started with the derailing of the ANT IPO and worsened with the regulatory crackdown on internet companies. Authorities have been going after unfair practices used by big tech such as Alibaba and Meituan that squeeze small businesses. Investing in the region is high-risk amid the political agenda of Beijing to tamper the influence of Big Tech and tackle “unfair” practices. E-commerce is also fiercely competitive with the emergence of players such Pinduoduo, which has now surpassed Alibaba in terms of annual active users. Comparably, tech player in Southeast Asia Sea Limited has continued to expand rapidly and has remained a market darling. 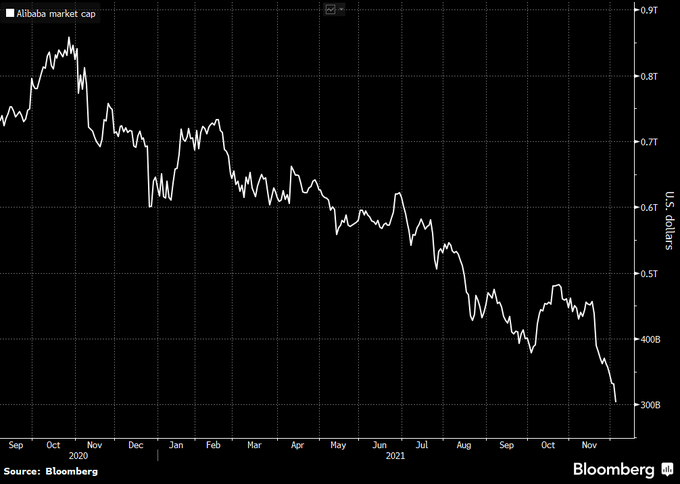