Top Wall Street strategists share their S&P 500 target for December 2022. The consensus is mixed but overall strategists expect the S&P 500 to end the year modestly higher at 4,725. Some sees a stronger tightening by the Fed which would like call for lower stock multiples, while some see continued strong earnings growth but a Fed that would not be pressured to raise rates too quickly as inflation pressures come down. The sentiment is that more inflation could hurt stocks. For this reason, some strategists are more constructive for the second part of next year as inflation could start coming down meaningfully then. In this year' forecasts strategists were overall too conservative a year ago as the S&P 500 advanced more than expected. 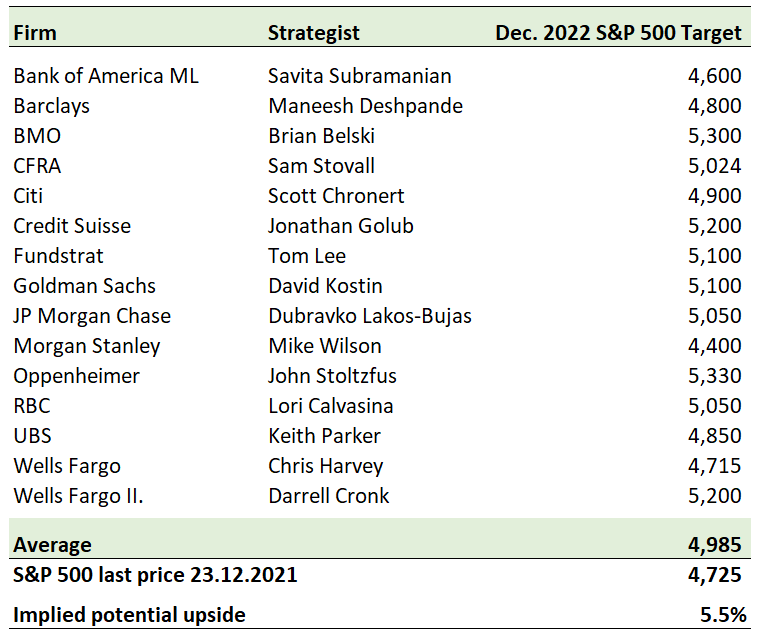