U.S. retail sales in November increased just 0.3%, much less than expected, likely payback after surging in October as Americans started their holiday shopping early to avoid shortages and paying more for goods. Analysts expected +0.8% month on month. Core retail sales also missed (ex-autos and ex-autos-and-gas). Total airlines spending slipped noticeably to -15% on a 2 year basis, down 13% from the prior week. The print comes as even more negative when factoring inflation, as retail sales are reported on a nominal basis and thus 'adjusted for inflation' retail sales most likely dropped significantly in November. 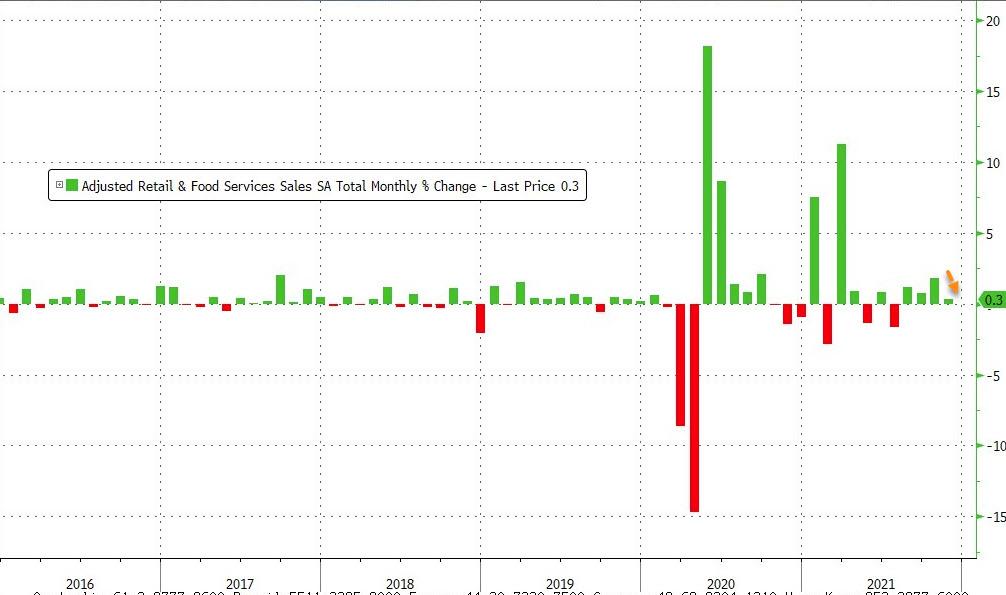