16 days ago • Posted by Martin Boujol

Microsoft recently announced it would buy healthcare software company Nuance for $20 billion, its second biggest acquisition ever. Even if they can afford such massive acquisitions, the company prefers to spend in R&D, with $64 billion invested in the last 4 years, vs $33 billion in acquisition for the same period (not including Nuance). 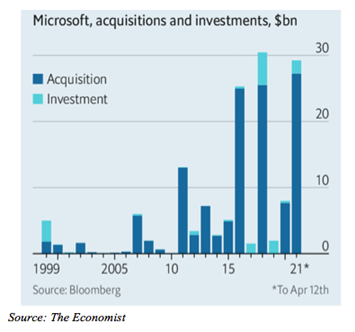