MicroStrategy buys another $50 million in Bitcoin at $19,427; bringing total to half a billion

The publicly traded business-intel firm MicroStrategy sent a shockwave around the globe on August 11 when it announced it had poured all $250 million of its planned inflation-hedging funds into the digital currency. Not content with the 100% return its stock has generated since then, on Friday MicroStrategy announced that it has bought even more Bitcoin. In an 8-K, the company announced that it had purchased "approximately 2,574 bitcoins for $50.0 million at an average price of approximately $19,427 per bitcoin." As a result, as of December 4, 2020, the Company held approximately 40,824 bitcoins that were acquired at an aggregate purchase price of $475.0 million. The current market value of the company's bitcoin holdings is currently $770 million, or a 60% return in just a few months. The stock price of MSTR is up 165% since the day it announced its first Bitcoin purchase. The stock is seen as a Bitcoin stock proxy by investors- source: www.zerohedge.com
#Stocks 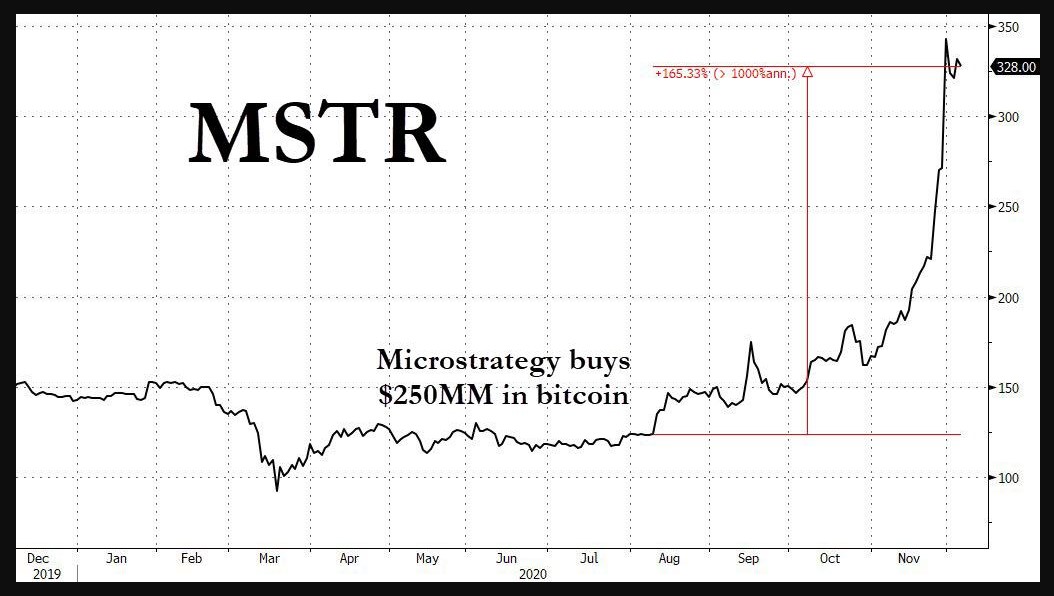