95 days ago • Posted by Martin Boujol

Nintendo Switch is on track to become the company's greatest hit

As you may know, the Wii U failed to replicate the original Wii's success. Despite this failure, the company decided to double down on the old school pad and buttons feature. And what a great decision! By March 2017, Nintendo had already sold 80 million units. The Wii sales started to decline around 3 years after the initial launch, but the Switch sold almost 25 million units this year, most likely thanks to this cruel pandemic. With only 22 million units needed to surpass the Wii, the Nintendo Switch is well on track to become the best-selling console the company has ever made. 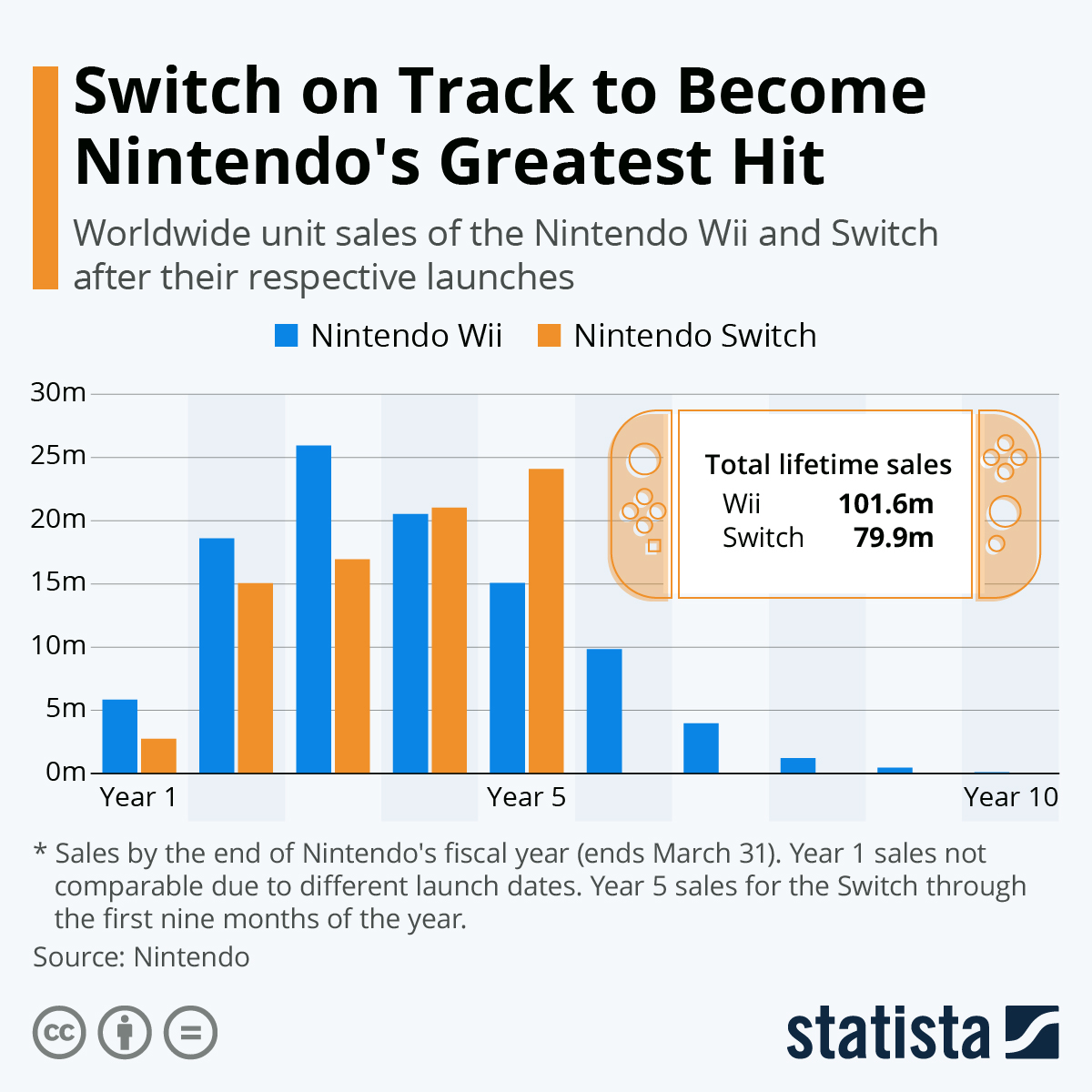