Following years of negotiations, 15 countries formed the world’s largest trading bloc on Sunday. The Regional Comprehensive Economic Partnership (RCEP) is made up of the ten ASEAN states (i.e. Brunei, Cambodia, Indonesia, Laos, Malaysia, Myanmar, the Philippines, Singapore, Thailand, and Vietnam) as well as South Korea, China, Japan, Australia and New Zealand. The pact, which is the result of intense negotiations that started in 2012, is seen as an extension of China’s influence in the region. While limited in scope, RCEP covers more people than any previous trade agreement, with China alone contributing 1.4 billion to the roughly 2.2 billion people united in the deal. As the following chart shows, the new trade bloc also carries significant economic weight, accounting for almost a third of global GDP in 2019 - Source: Statista 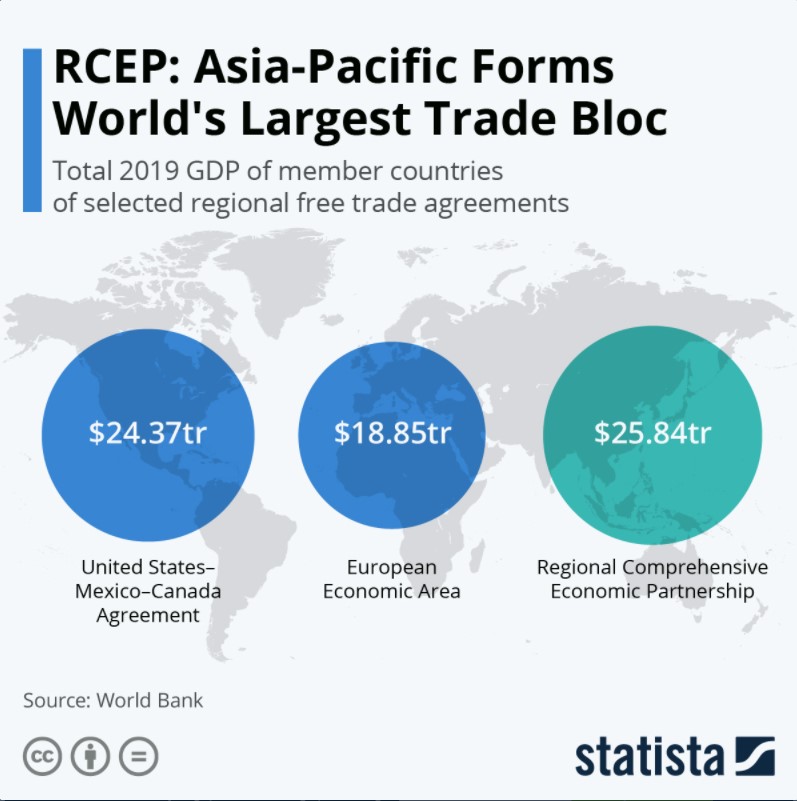