Fifteen Asia-Pacific economies formed the world’s largest free trade bloc on Sunday, a China-backed deal that excludes the United States. The Regional Comprehensive Economic Partnership (RCEP) was signed at a regional summit in Hanoi. RCEP may cement China’s position more firmly as an economic partner with Southeast Asia, Japan and Korea. Supporters of the trade pact, which covers 2.2 billion people with a combined GDP of $26.2 trillion, said it will bolster pandemic-weakened economies by reducing tariffs, strengthening supply chains with common rules of origin, and codifying new e-commerce rules - source: Bloomberg 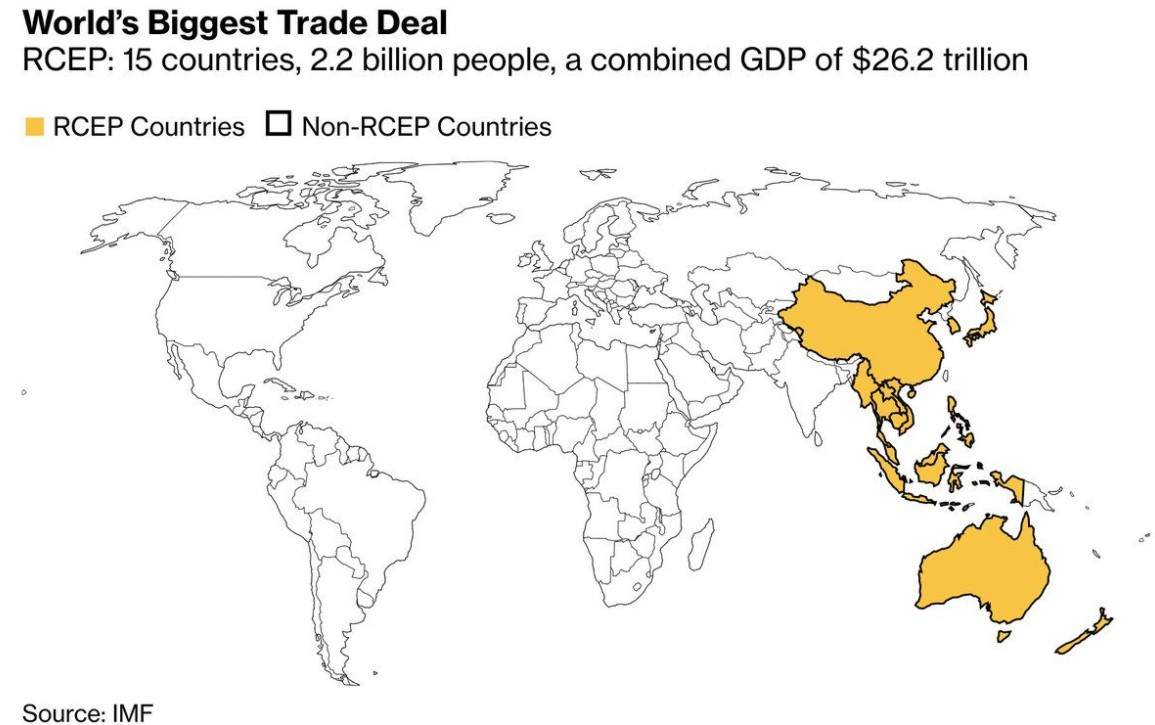