23 days ago • Posted by Martin Boujol

Bitcoin reached the $1 trillion market cap in 12 years, which is twice as fast as Amazon and three times faster than Apple. It took about 44 years for Microsoft and 42 years for Apple to reach such a market cap. Although comparing a currency with a company does not mean much, it's interesting to have a look at it to understand the volume  and fast development of cryptocurrency. 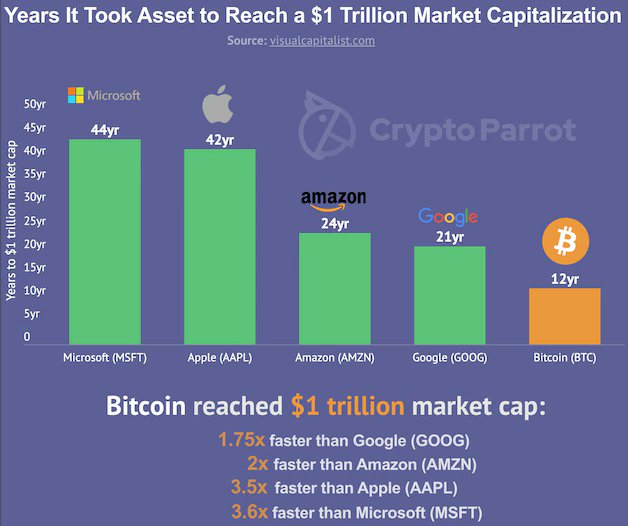