An $8 billion debt deal from the world’s largest oil company, Saudi Aramco, has pushed developing nations’ bond issuance beyond previous full-year volumes. Governments and companies have raised more than $692 billion in dollar and euro bonds so far this year, beating the previous record of $678 billion raised in 2017, according to data compiled by Bloomberg. 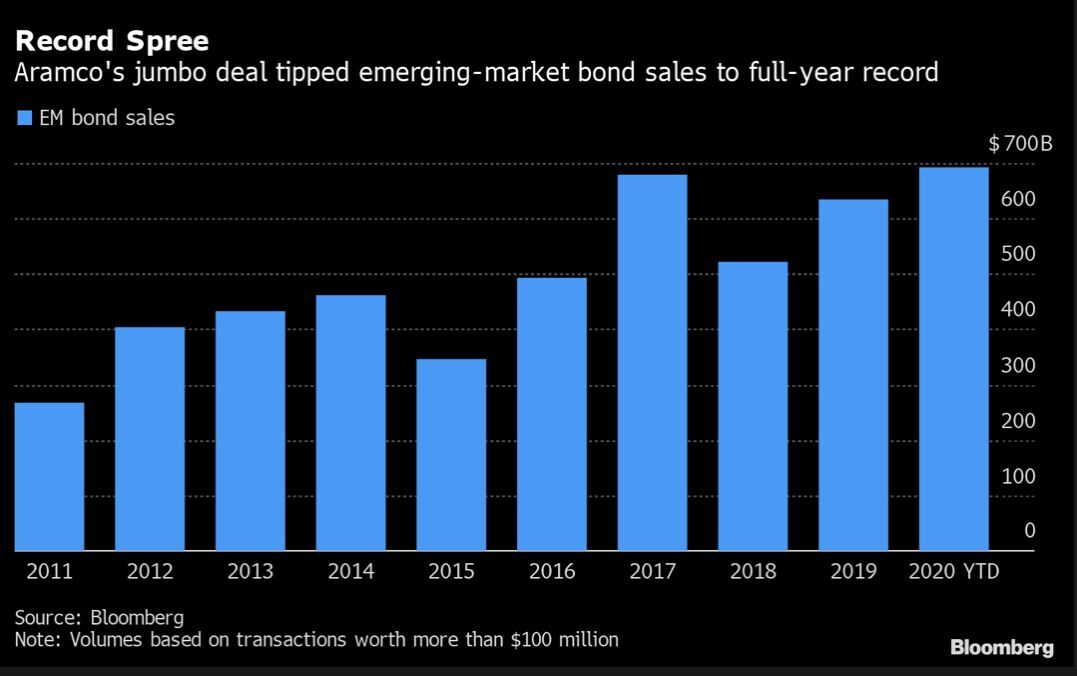