75 days ago • Posted by William Ramstein

Ripple had a $10 billion valuation in its most recent funding round in 2019, and XRP is the third-largest cryptocurrency by market value after Bitcoin and Ethereum. XRP, initially called Ripple, was created, sold initially and backed by Ripple the company. Ripple owns most of the cryptoasset about 6.4 billion XRP. The SEC challenges to nature of XRP and whether it is in a fact a security. Here's XRP's performance lately. Source: WSJ 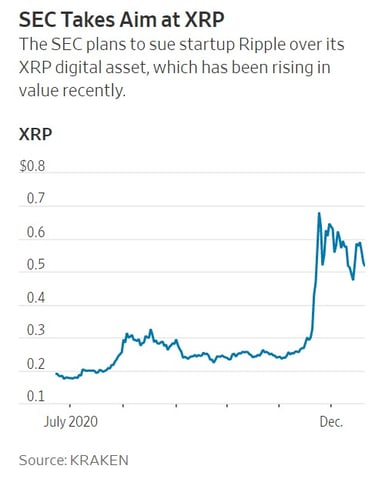 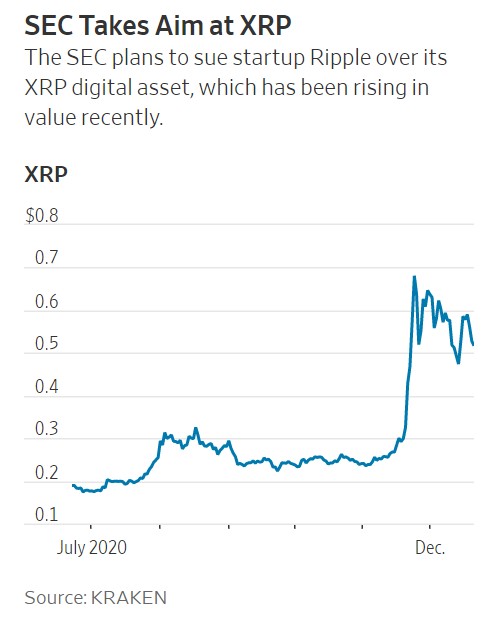