As shown in the table below courtesy of Bespoke, the market started off November on a positive note, and even after the election has continued to add to its gains. Through the close today (11/24), the S&P 500 is up 7.90% since the close on Election Day. Relative to every other Presidential election since the beginning of the S&P back in 1928, the three-week performance of the S&P 500 following this Election Day ranks as the second-best of all time. Only Ronald Reagan had a better start in 1980 (7.97%). 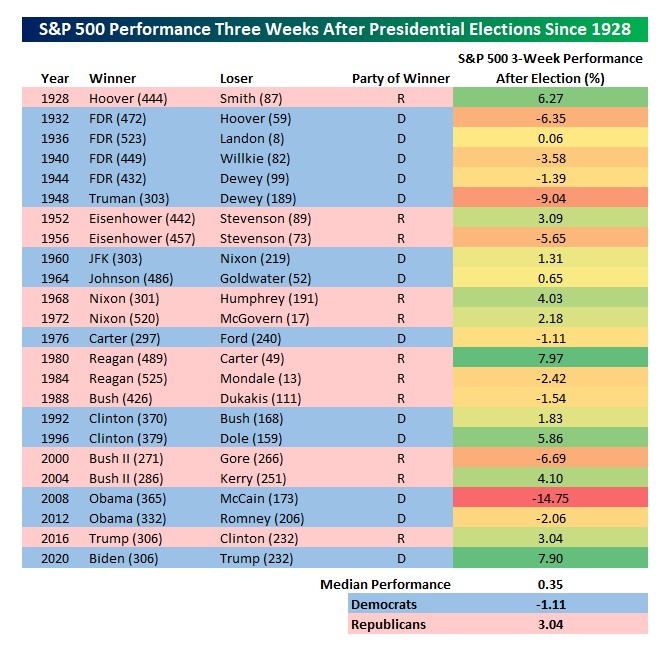