50 days ago • Posted by William Ramstein

According to The Financial Times, ''The record demand for the Spanish bond underscores the strong start to the year for bonds in the euro area’s so-called periphery, its riskier sovereign borrowers, against a broader sell-off in fixed income markets. Spain’s 10-year spread — the additional yield demanded by investors to hold Spanish debt rather than its ultra-safe German equivalent — earlier this week hit its lowest level since before the region’s debt crisis a decade ago, reaching just below 0.55 percentage points.'' @TommyStubbington 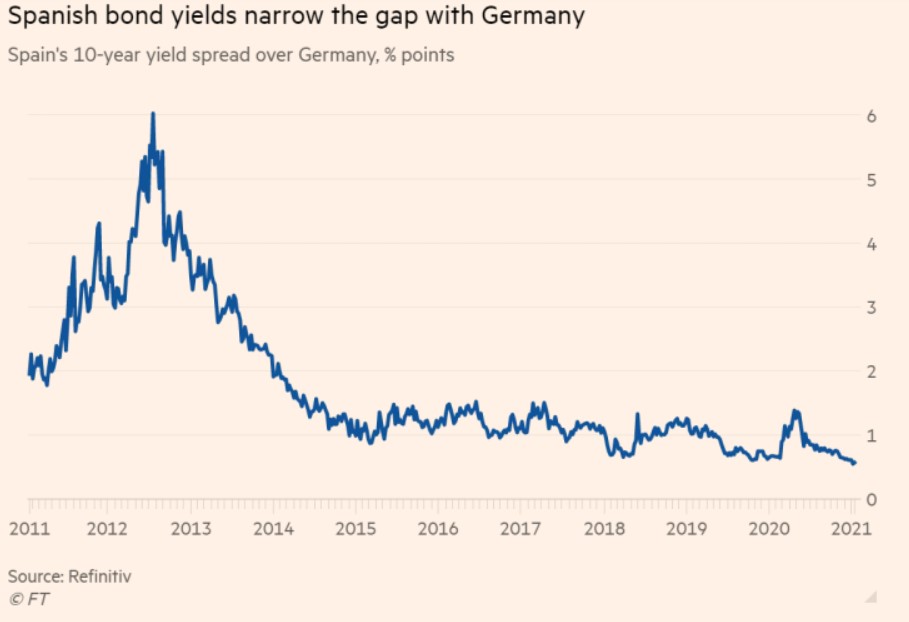