Statista: How The G7 Should Really Look

The G7 is a list of wealthy democracies comprising the UK, Canada, France, Germany, Italy, Japan and the United States. Are the current G7 nations are truly representative of the most economically powerful countries on the planet? The following infographic shows the eight largest economies by share of global GDP between 1980 and 2020. This year, China accounts for the largest share of global GDP, followed by the United States. Given its recent economic leaps and bounds, India comes in third, ahead of Japan and Germany. Russia, which was expelled from the G7 in 2014 following its annexation of Crimea, comes sixth. Indonesia rounds off the "real" G7...- source: Statista 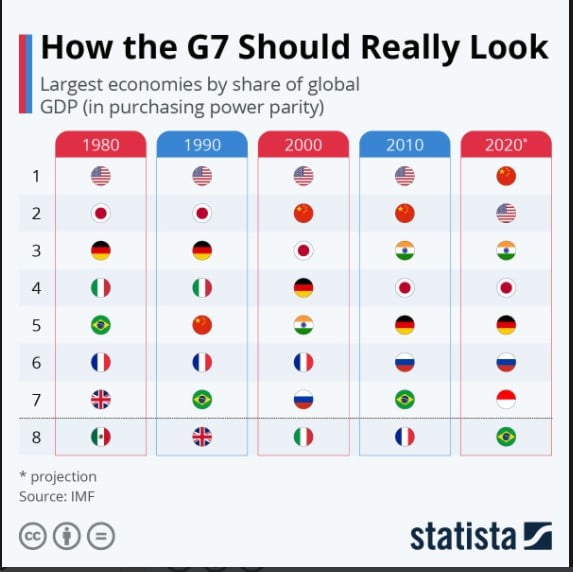