This measure of Bitcoin FUD says we're near a low

Social media sentiment indicator by Santiment has reached a low level histroically associagted with a bounce in the BTC price. 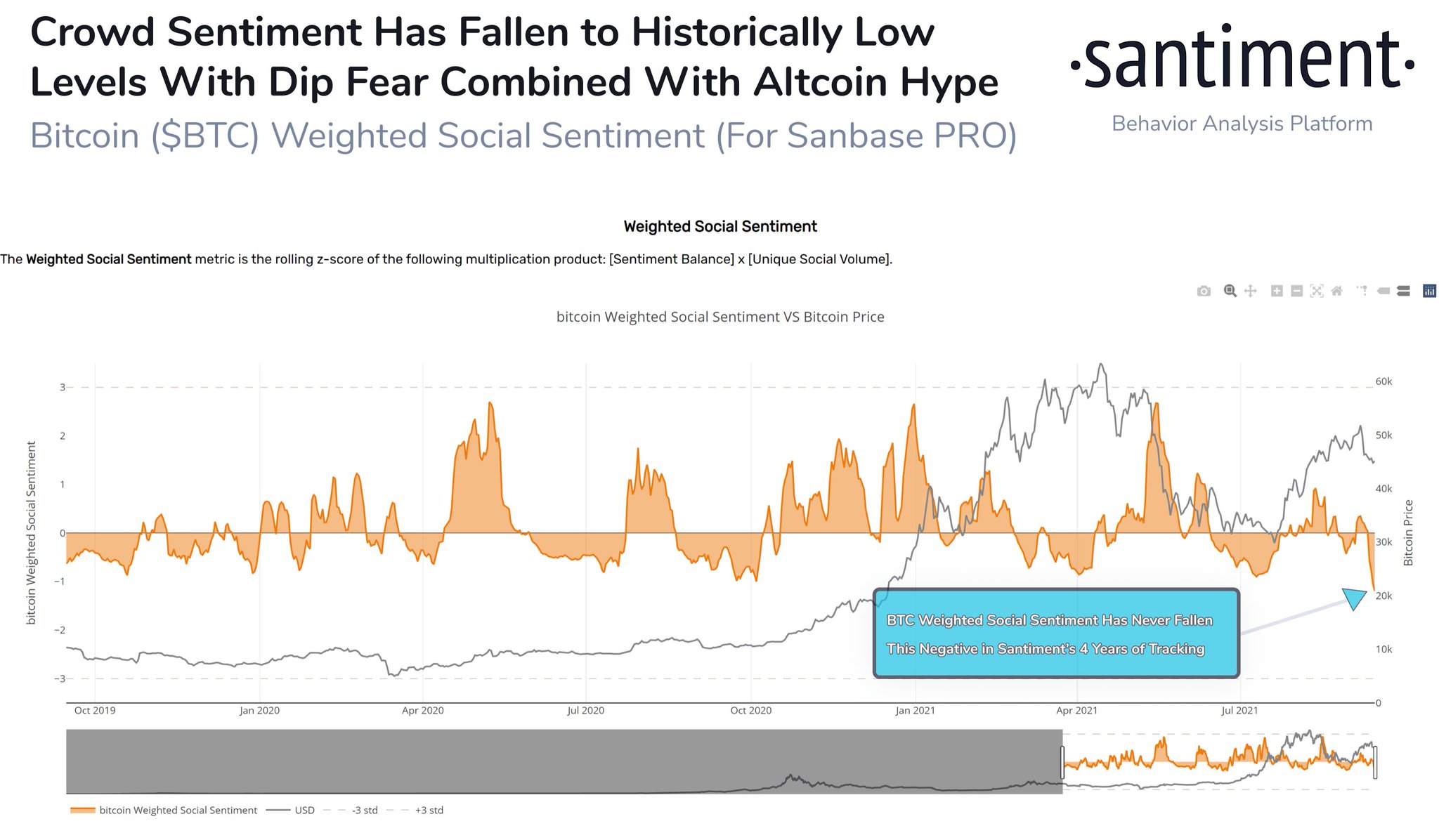 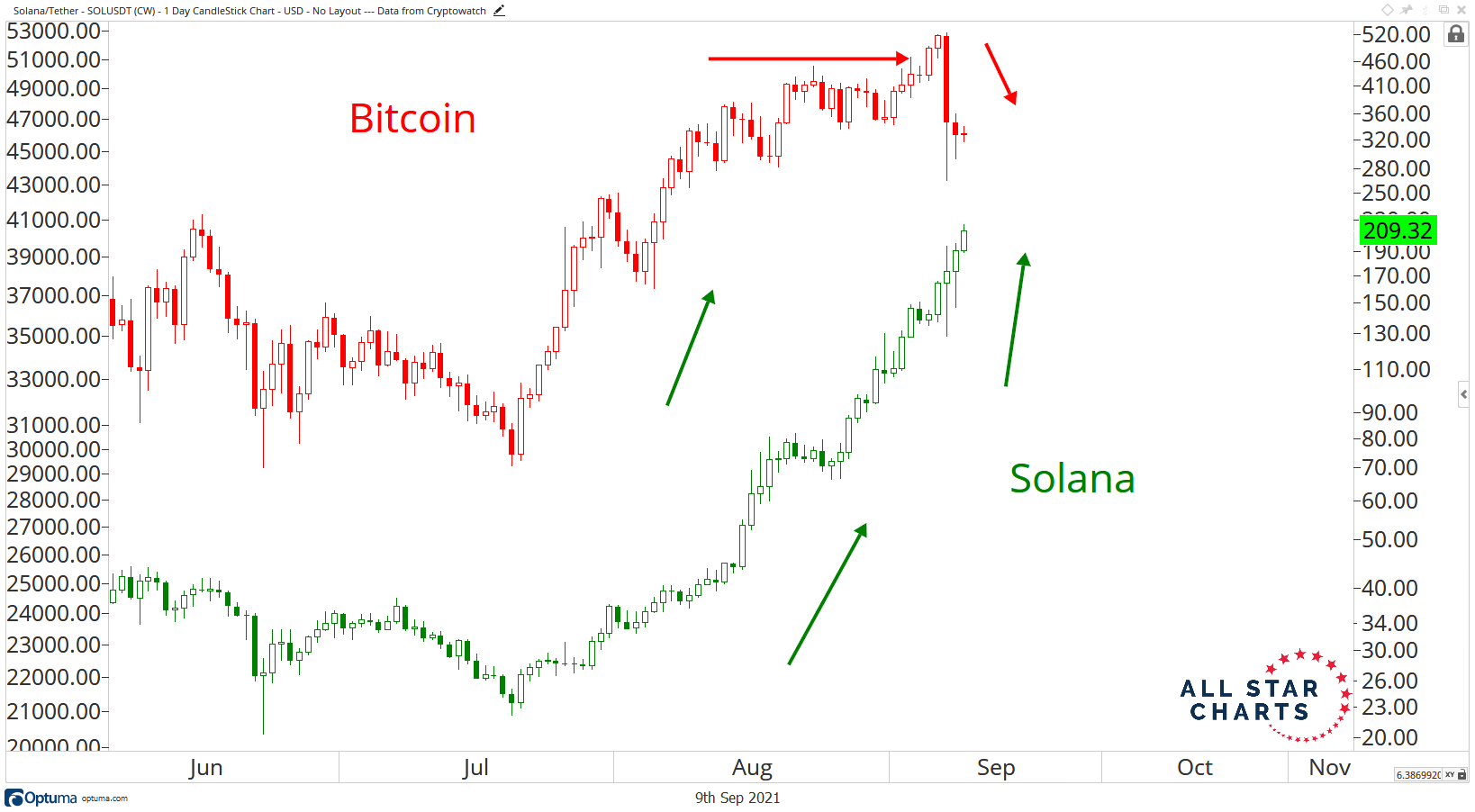 In London, the virtual coin was trading for around $46,300, having fallen as much as 17% the day before recovering some of its losses. The downdraft affected Ether, Dogecoin, and the Bloomberg Galaxy Crypto Index, among other tokens. President Nayib Bukele announced on Twitter that the country now has 550 Bitcoins after purchasing them at a lower price. The selloff on Tuesday is the most dramatic pause in a rally that has raised Bitcoin about 75% since late July. According to cryptocurrency tracker CoinGecko, the overall market value of cryptocurrencies has dropped by nearly $300 billion in the last 24 hours. @Bloomberg 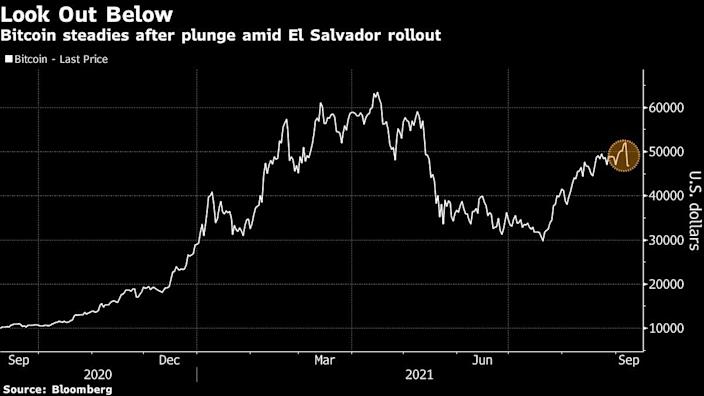 El Salvador has purchased $21 million in bitcoin, making it the first government to recognize it as legal tender

El Salvador purchased 400 bitcoins worth $20.9 million, one day before the world's most popular cryptocurrency is legally adopted as legal tender. The announcement occurred on the same day that El Salvador's bitcoin law, which was passed in June, went into effect. El Salvador has established a wallet app called Chivo, which citizens may sign up for with their national ID and use to make bitcoin transactions. @CNBC

Recently, 200 oil and gas executives and bitcoin miners reunited, drank beer, and talked shop on a residential back street in Houston, in a 150,000 square-foot warehouse preserving high-end vintage cars. One hot issue of debate is the use of "stranded" natural gas to power bitcoin mining rigs, which minimizes greenhouse gas emissions while also generating revenue for both the gas providers and the miners. It was also on the agenda to use political clout to educate legislators about bitcoin. @CNBC 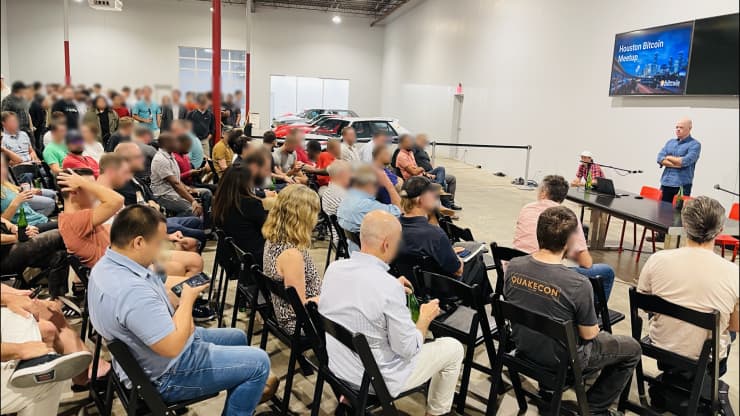