143 days ago • Posted by Martin Boujol

The dollar is down 10% since March on weighted-trade basis

According to the Financial Times, some experts predict that the dollar will fall even more, but that may not be true. As a safe haven currency, the dollar spikes in times of uncertainty, but with vaccines rolling out, we could say that the biggest uncertainty is behind us. The Fed tried to ease the value of the dollar as much as possible, something that other central bank will soon do as their currency rises (e.g. the euro). Furthermore, cheapening the dollar was a necessary move to attract foreign capital to finance America's budget and current account deficit. Finally, although the US's hegemony has been hurt by Donald Trump's presidency, which made the US somewhat of an unreliable and unpredictable ally, many analysts are confident that president Biden may re-establish multilateral agreements and help the country gain back international trust. 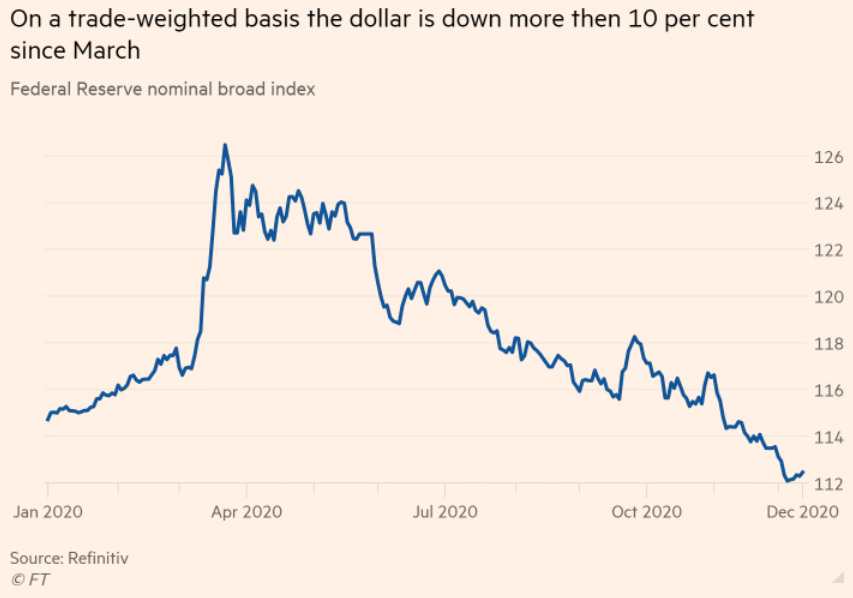