21 days ago • Posted by William Ramstein

European renewables are poised to be among the biggest beneficiaries of the green spending spree, after a pullback this year. A gauge of stocks in the sector rallied 7% on Thursday, though remains about 20% down from a record high in January. The underperformance has created an attractive entry point, according to Berenberg analysts including Henry Tarr, who named wind turbine maker Vestas Wind Systems A/S and Aker Carbon Capture AS as top picks this month. 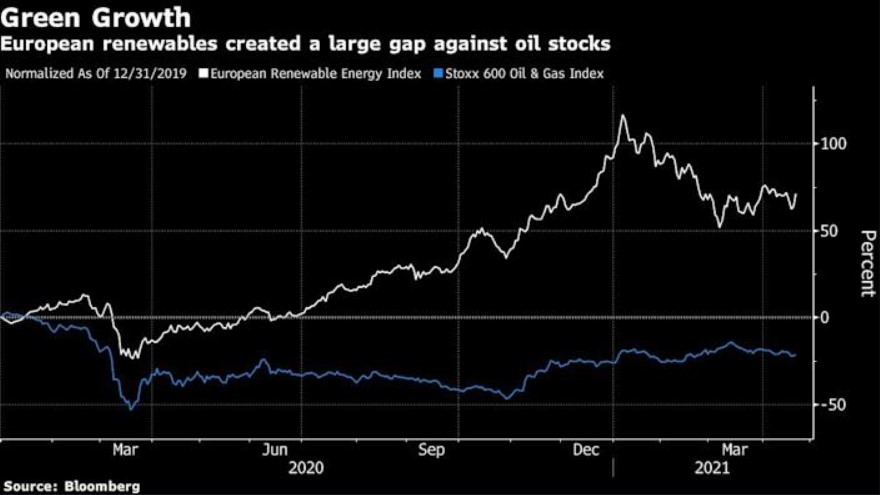