After a massive rush into the world’s biggest gold ETF, some investors trimmed their positions amid a mixed economic outlook. State Street Corp.’s SPDR Gold Shares exchange-traded fund (GLD), suffered $382 million in outflows on Friday, according to data compiled by Bloomberg. While that’s a drop in the bucket for the $82 billion fund, it marked the largest withdrawal since March. 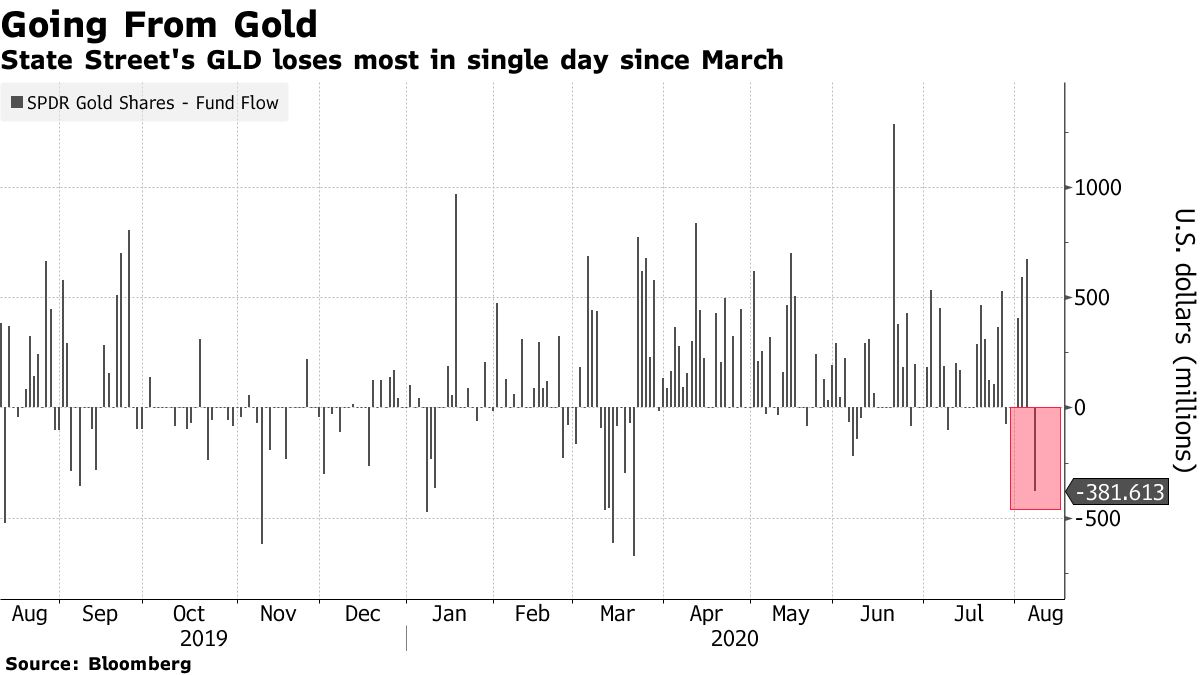