39 days ago • Posted by Jasper Lawler

UTime, the Chinese maker of mobile phones and accessories went public on Tuesday in New York at $4 share. By Wednesday, the stock hit a peak of $107.33, up nearly 2,600% from its offering price. The company, valued at about $33 million at its debut, now has a market capitalization around $350 million even after the stock retreated Thursday.

At 875%, its first-day “pop” -- as the debut session is known -- gave UTime the best debut in the U.S. since Internet service provider Freeserve Plc jumped by 1,261% during the dot-com frenzy in 1999, according to data compiled by Bloomberg for companies that raised more than $10 million. 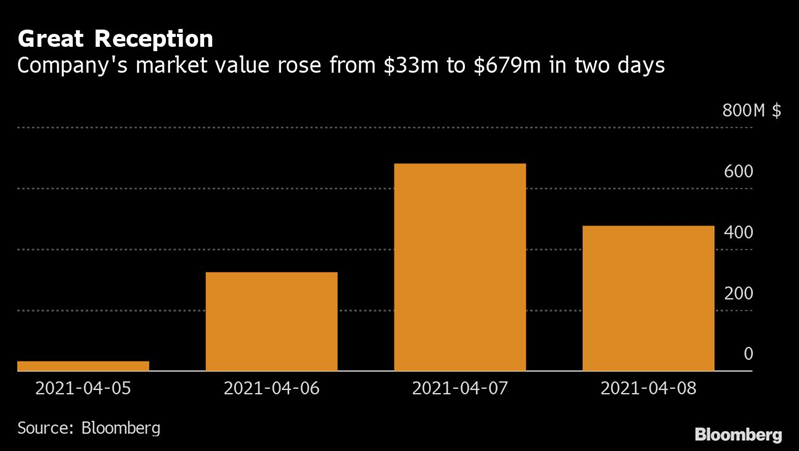