24 days ago • Posted by Martin Boujol

According to the SWF Institute, the Norwegian Government Pension fund is the largest sovereign wealth fund in the world, with over $1.1 trillion in capital as of January 2021. It is closely followed by the China Investment Cooperation fund, which sits at a little over $1 trillion. The rest of the top 8 are far behind, with the biggest of them all not reaching $600 billion. The Norwegian government is free to use up to three percent of its fund's volume annually for social purposes – that number currently amounts up to $33 billion. 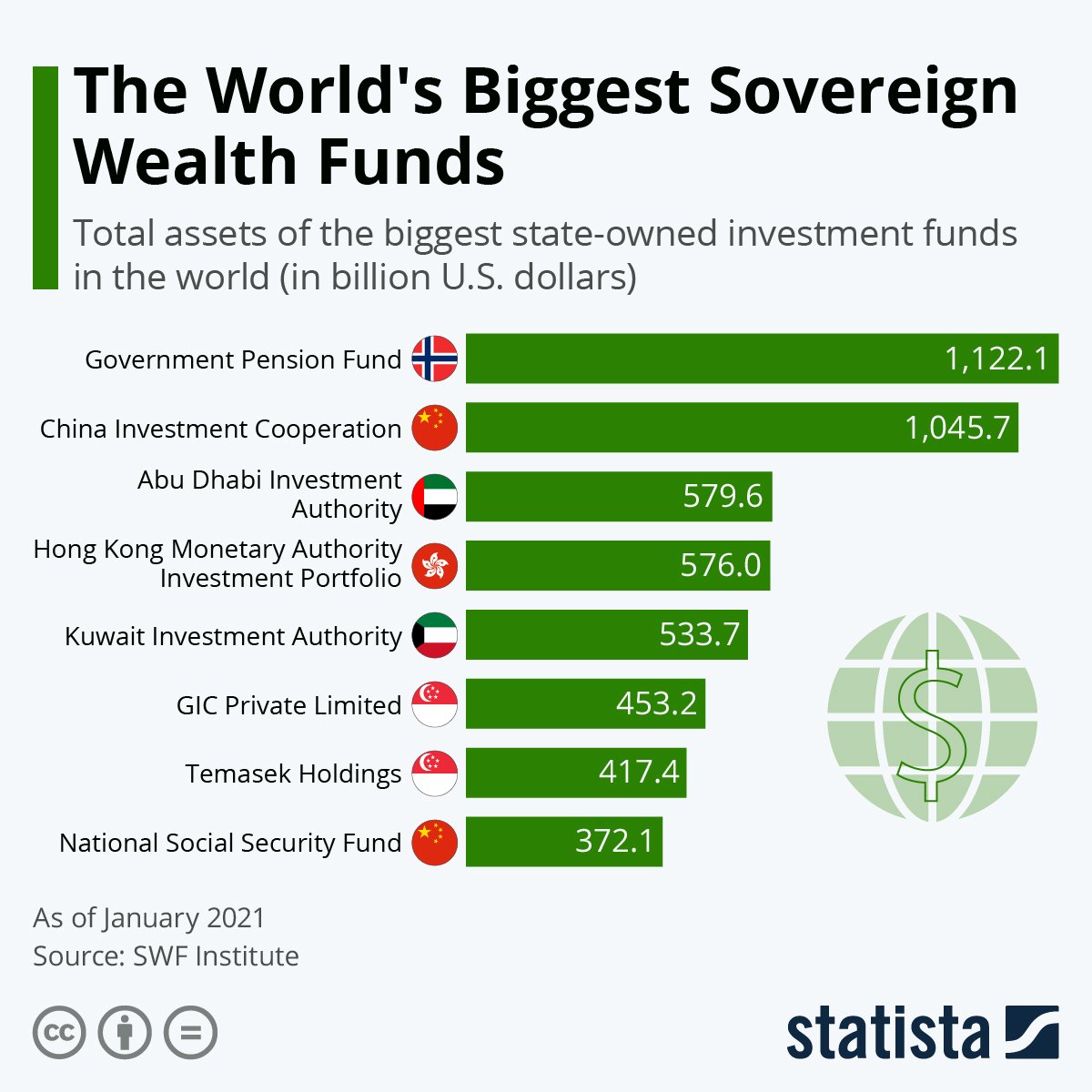